4 Poor Excuses for Not Utilizing a Fuel Additive

There are a lot of fuel additives out there that don’t really do anything.  But’s that not to say there aren’t fuel additives well known within the industry that actually do helpful things in the fuel. Fuel additives have been used for years to solve problems in fuel and enhance various characteristics of gasoline and diesel, and to make it perform better within the machinery it’s used in. 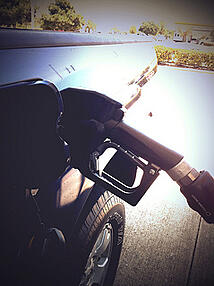 For example, some additives will remove harmful deposits that build up in the engine to improve starting and performance. And diesel anti-gel fuel additives can also prevent diesel “gelling” or freezing of fuel, which can render an engine useless. As you can see, fuel additives have their benefits.

So with that being said, why are people that should be using them still not using them? Here’s a look at the four top excuses:

1. Additives are Too Expensive

False. Fuel additives are one of the most inexpensive investments you can make toward your engine’s long-term well being. While prices do vary, most additives come in at under $20. What’s more is that regular use of additives has proven to save up to 15 percent on maintenance costs long-term.  The key is to look at how much fuel a given treatment treats. You could have a bottle of fuel treatment costing $20, but which treats 300 gallons of gasoline. That’s less than seven cents per gallon to treat.

2. I Don’t Need to Use an Additive Because Ethanol Isn’t that Common

False. Ethanol has been a common fuel blend for 15 years and is widely available nationwide. It’s estimated that ethanol is blended into 70 percent of American gasoline today. While engines can run on ethanol-blended fuel, not all are designed to. That’s where additives come into play.

False. There are a lot of people out there who claim the ineffectiveness of fuel additives and, not surprisingly, these are all people who either use them improperly or don’t have anything to gain by using them. When used properly, fuel additives can do what they claim they can do.

False. False. False. Even the people who regularly slam fuel additives agree that they’re useful in removing harmful engine deposits. They help remove fuel systems deposits and also break up the sludge and contaminants that are prone to growing in fuel tanks. Finally, they can also help remove water from fuel tanks, which can be very detrimental, especially in boats and watercraft.

So what’s your excuse when it comes to using fuel additives? Whatever it may be now, we’ll go out on a limb and bet that years from now when your engine starts to sputter and your repair costs add up that you’ll wish you’d have given fuel additives a chance.