Fuel maintenance is an afterthought for many municipalities, given everything else they have to deal with. Sometimes, the best testaments are the short and sweet ones. So it went with The City of Winter Park, Florida. 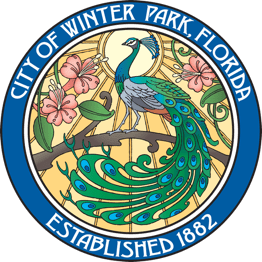 Winter Park’s fuel challenges paralleled those of entities around the country - the battle against water buildup and accompanying microbial contamination (also known as algae). These would lead to the inevitable problems with engine breakdown. They needed a way to be able to worry about things other than problems with their fuel surfacing at the wrong time.

Bell Performance approached the situation at The City of Winter Park like many other municipal customers - a little guidance and a little knowledge goes a long way. Guidance came from Bell Performance’s lead technician James Dunst making the proper recommendations and explanations as to how those were going to meet Winter Park’s needs. The combination of the correct fuel treatments (biocide for stored diesel, multifunction treatment for gasoline small equipment) met Winter Park’s needs at one end.

The other side of the solution equation was the guidance provided by James along the way. Winter Park could count on James being available to answer their questions and guide them through the best process for solving their fuel problems.

“With James from Bell, he was able to remove all that for us by using the appropriate products.”

The City of Winter Park could point to an elimination of the normal fuel problems in both their diesel and their gasoline engines that they typically would have to deal with. No longer focusing on these issues, Winter Park could turn their time, energy, and budget to other pressing issues.

“We've reduced fuel issues with the vehicles, tractors, and all the other assets of the city fleet."

Polk County Kept Generators Running Through Two Hurricanes
The Simple Way to Increase Fuel Confidence for Your Fleet
The Value in Being Proactive with Your Fuel
Diesel Engine Overheating Damage Avoided: How one Company Saved Big Bucks

Other Testimonials for Fleet

Other Testimonials for Fuel and Tank Services