The Reason Why Ethanol Free Gas is So Hard to Find 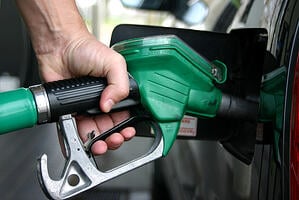 In the late 1900s all gas stations sold ethanol free or pure gasoline. By 2011, that number diminished to less than 5,000 gas stations. This amounts to well below five percent of the stations in the United States.

There are a number of reasons that ethanol free gas is becoming so difficult to find and this article will explore them.

Attempts to cut air pollution and lessen our need for fossil fuels led the government to pass a number of laws.

In 2005, congress passed the Energy Policy Act of 2005. It was the first renewable fuel standards (RFS) mandate passed into United States law. In 2007, the Energy Independence and Security Act, the RFS expanded and now requires automotive gasoline to blend 36 billion gallons of RFS (ethanol) by 2022. Now and in the future unless the law changes all gas stations carry E10 gasoline (gasoline that has up to 10 percent ethanol) and in some states stations now sell gasoline known as E15 or E85 that has up to 15 percent ethanol). Each year, the laws require that the number of gallons of blended gasoline increase.

As a result, pipelines are sending refineries sub-octane gas that needs ethanol or premium gasoline blended with it before it goes on sale. As refineries start to cut this amount of pure gas, it is becoming scarcer and more expensive.

One of the main arguments in favor of the ethanol fuel standards is that it increases the amount of fuel available in the United States from a gallon of oil.

When talking about ethanol, Iowa State University professor Dermot Hayes said in a statement released by the Renewable Fuels Association, “It is as if the U.S. oil refining industry had found a way to extract 10 percent more gasoline from a barrel of oil. This additional fuel supply has alleviated periodic gasoline shortages that had been caused by limited refinery capacity.”

Unless amendments or revocation affect the Renewable Fuels Standards and related ethanol laws, ethanol free gas will become more difficult to find each year. To date, the government has been unyielding in keeping the standards in place.