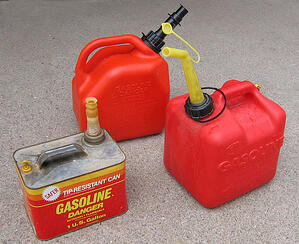 Most gas stations these days sell fuel supplemented with anywhere from 10 to 15 percent of ethanol.

Adding ethanol is a means of reducing the country's dependence on foreign oil without sacrificing the quality of the fuel mixture.

But we know that's not accurate, as ethanol fuels can lead to the likes of engine component corrosion, difficulty starting and long-term engine failure. However, today there are still a number of stations located throughout the country that still provide pure, ethanol free gas. But the availability of such stations varies by state. Here's why:

So just why is ethanol free gas easier to find in some states than others? Simply put, because all states are regulated differently in this regard. Six states have implemented mandatory ethanol laws, meaning that all gasoline for purchase in those states will contain ethanol, with some exceptions. These states are Florida, Hawaii, Minnesota, Missouri, Oregon and Washington, however, as of summer 2013, Florida repealed theirs.

So if you live in a state that operates under a mandatory ethanol law, what can you do to ensure your engine is receiving quality fuel? The answer is simple - administer a fuel additive. Fuel additives are inexpensive, easy to implement and offer other benefits such as cleansing engine components and enabling engines to achieve better fuel economy.

Fuel additives certainly beat the alternative of operating an engine on an ethanol blend, which can cause:

With more states likely to join the "mandatory ethanol blended" club, how will you stabilize your fuel?