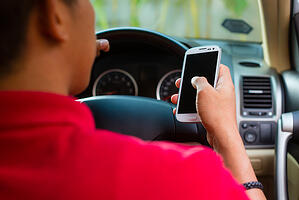 Most gas stations today sell E10 and E15 gasoline. Since most gas stations don’t sell ethanol free gas anymore, you are almost forced to put ethanol-blended gas in your car. The problem with this is ethanol is actually detrimental to your car's engine.

Pumping ethanol-blended fuel into your car can cause things like:

Hence, it's important to either fill your tank up with an ethanol free gas by finding a station that sells it or administer a fuel additive to balance the fuel mixture and take the ethanol out of the blend. The former is easier said than done - but technology can help these days.

Ethanol Free Gas? There's an App for That

Just like everything else these days, there's an app for finding ethanol free gas. Here's a look:

Like we previously mentioned, an alternative to using a mobile phone app to find stations is to administer a fuel additive to your gas tank after every fill up. Essentially, a fuel additive will balance the mixture, taking the ethanol out of it, while cleaning your engine and giving you an MPG boost.

Ethanol blended fuels can be hazardous on your engine, causing the likes of:

That's why it's important to ensure the fuel you're pumping into your vehicle is ethanol free today.