Are Fuel Additives Worth it?

In a crowded marketplace for fuel additives to treat gas, diesel, or ethanol, there are lots of choices out there.  Consumers are confused and hesitant, perhaps because of bad experiences that they or someone they know have had. What consumers want as much as anything else is a good Return On Investment - they want to save more money than they spend.  That's why fuel additives cite mileage so often - drivers can identify with shifts in their gas mileage and are able to create a "value proposition" in their minds. When an additive bottle tells them they can expect 10% better mileage, they can figure out what that's actually worth to them in ways they can't with less apparent or more general benefit claims ("makes your engine last longer"). So, are fuel additives worth the money? 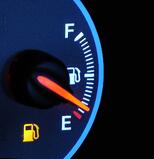 The market for fuel additives is split into "one-shots" and "concentrates".  One-shot additives are identified with brands like STP.  They are usually 8 to 12 oz. bottles that are poured entirely into the gas tank in "one shot".  Hence, a one-shot additive has to contain enough active ingredients to treat one full tank of fuel. And they're usually priced so as to hit a "price point" that's profitable for the manufacturer but low enough that the consumer doesn't think that hard about what they're spending. The science of price points is what makes those infomercials tell you "how much would you pay for all this? Only 3 easy payments of 19.99".

On the other side of the field are the Concentrates.  This is Bell Performance's traditional domain.
For years, Bell products like Mix-I-Go and Dee-Zol have been sold in concentrate form, with a treat rate of one ounce treating ten gallons of fuel. The total price for the concentrate bottle is higher than the one-shot bottle; Bell Performance usually sells a quart of concentrate for around $23.

If the consumer sees a bottle of STP Fuel Treatment next to a bottle of Mix-I-Go Concentrate, they have a choice to make.  The bottle of one-shot STP may cost $5, while the Mix-I-Go Concentrate probably costs $25 under a retail pricing structure. Many consumers would instinctively grab the five buck option. Yet if they do this without really considering the issue of Return On Investment, they may end up making a decision they regret, because there's a big difference in the treat rate between the two.

That $5 bottle of STP will treat one tank of gas. If you have a 15-gallon tank, then that comes out to about 33 cents for each gallon of gas you're treating.  Considering gas is around $3.30 a gallon, the consumer (if they've gotten this far) reasons "ok, I'm paying 10% more but think of the benefits I'm going to get with STP. It's worth it to me".

That bottle of concentrate additive, on the other hand, costs $25, which sounds like a big difference to the consumer.  But since that product is a concentrate, the 32 oz bottle will treat over 300 gallons of gas, not 15 gallons. It ultimately comes down that the driver using the concentrate only pays about 8 cents a gallon to treat his/her fuel, not 33 cents. Looking at it from a per-tank perspective, the smart driver buying the $25 concentrate bottle is actually only paying around $1.17 per tank to treat, not $5.00 per tank. He/she can treat 4 tanks of gas for less than it costs to treat just one tank with that bottle of STP. And STP is just one example of a one-shot treatment; other single-use additives cost closer to $8 or $9 per tank, so the cost difference is even more pronounced there.

Reclaiming what you spent

This big difference in treat rate becomes really important when you start trying to figure out if it's even a good idea to spend money on an additive. The object is to save more than you spend.  But how can you figure that out? A simple way is to figure out what it's costing you to use the treatment and what the claimed gas savings represent in terms of dollars.

Take the two product examples from earlier.  The bottle of STP costs 33 cents a gallon, which is about 10 percent of what a typical gallon of gas now costs.  That cost varies a little bit depending on where in the country you are, but we can use those numbers for the example. So to recoup what you spent on additive, you'd have to have at least a 10% mileage gain.  That's not outrageous or unattainable (regardless of whether STP actually does anything, which is another story), but that's also just for breaking even.  You don't buy a fuel additive to break even; you buy a fuel additive so it will give you more value than what you spent.

By contrast, the concentrated additive that costs 8 cents per gallon for treatment would only need a 2.5% mileage increase for you to make up what you spent on it. If you save 5% or 6% or 8-12% in gas, suddenly you're significantly ahead and you've got an attractive return on investment that makes it worth your while to keep using the fuel additive.

Granted, in examples like this, results will vary between different consumers. But this illustration goes to show you that, when you pay for the convenience of a one-shot fuel additive, it's much harder for that single bottle to give you enough value back to make it worthwhile.