True or false – Henry Ford invented the automobile around the turn of the 20th century, making it one of the many history-changing contributions the United States has given to the world.

Well, as you may expect with these kind of questions, the answer is not obviously “true”. Henry Ford did not invent the car and it was not in the United States.  Henry Ford does have a critical place in automotive history, but it was not because he came up with the idea.

If we’re going to trace the history of the automobile back to its true origins, we have to go back not into the 19th century, but all the way back to the late 1700s, before Henry Ford was even a glimmer in his grandparent’s eyes. It was in Europe that engineers began playing with the idea of developing motorized vehicles. Over the next 70-80 years, they tried all the major kinds of propulsion systems – electrical, steam-powered, and internal combustion.  The first patent for an automobile here in the United States was granted all the way back in 1789.

For most of the first hundred years of its history, there wasn’t a clear technological winner for what was going to best power the automobile. Electric cars seemed like a good idea after the lead-acid battery was invented in 1859, but the battery technology wasn’t anywhere close to what was needed to make a car that could go very far or very fast. They fizzled out by 1910.  Steam power lasted longer (into the 1920s), but steam engines were both expensive to make and maintain, and there was always the safety risk of a boiler explosion on the car.

Ford vs. Oldsmobile vs The World 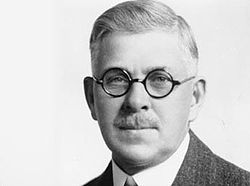 The name Ransom Olds isn’t familiar to today’s general public, but if you think about it, you can probably guess who he was affiliated with. Oldsmobile, not Ford Motor Company, made the first mass-produced automobile in the United States. Oldsmobile sold 425 units in 1901 and 5,000 by 1904.  They really led the charge of auto industry expansion in the US; by 1908, there were over 200 car companies in the United States alone.

Contrast this to Europe, which took a much different approach. France actually beat the United States in being the first country to mass produce cars – they started in 1890.  But the auto industry in Europe was really characterized by small independent car companies who made a small number of cars, each one precisely engineered and handcrafted. Can’t complain about that.

What happened in the United States in the years after 1910 is what fundamentally changed not just the auto industry but business around the world. Henry Ford went to the forefront of transforming the business into a mass production model with assembly lines. They used independent parts suppliers that shipped the parts to a central plant where they were assembled.  This exponentially increased the number of cars made and sold, but also drove lots of small companies out of business. While European automakers would make a handful of cars each year, Ford Motor Company had sold its millionth car by 1920 while the American automobile industry had consolidated to just 11 companies left.

And that, my friends, is the brief early history of the automotive industry.