Whether you agree or disagree, the United States government is pushing ethanol fuel, and recently allowed the sale of E15 gasoline along with the long approved E10 gasoline. 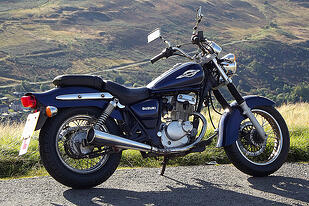 It is clear that E10 gasoline has a negative effect on a motorcycle’s performance, increases fuel cost, and increases maintenance expenses. The politics of ethanol fuel are making it harder to find pure regular gasoline at the pump, leaving motorcycle riders increasingly stuck with ethanol blends that are not ideal formulations of gasoline.

Pure Unleaded Gasoline Without Ethanol is Best for Motorcycles

Most motorcycle manufacturers urge owners to use pure gasoline in their motorcycles. At least one motorcycle maker, Ducati, considers ethanol to be a gas additive and its use voids the cycle’s warranty. Harley Davidson and Suzuki, also tell their bike owners that regular unleaded gasoline is the best choice for their engines.

If you have no choice because regular unleaded gasoline is not available in your area, it’s best to arm yourself with the facts. Here are the issues you may face running your motorcycle on E10 Fuel.

Studies have shown that a pound of ethanol produces 30 percent fewer BTUs of heat than a pound of gasoline. This decreases mileage by the percentage of ethanol added to gasoline. So, E10 mileage is 3 percent less than that of regular unleaded gasoline.

Not only that, but the “leaning out” of the fuel–air mixture that powers motorcycle engines running on ethanol is enough to cause engine damage.

Ethanol related problems for motorcyclists, include:

How to Prevent Damage to Your Motorcycle from E10 Fuel

High quality fuel additives can help your engine deal with the effects of E10 gasoline.

When searching for the right fuel additive, look for one that isn’t made of alcohol. Many of today’s fuel additives that are alcohol based can actually worsen the problem. Instead of fixing ethanol related problems, they add to them.

Remember to read labels carefully, and if you are not sure if a product has alcohol, you can always ask. Alcohol is known by many names when used as an additive.

Some of these names are:

There are non-alcohol containing treatments available for cleaning carburetors; others stabilize the gas, giving it a longer shelf life and preventing phase separation and water contamination. Some products may combine stabilizers and corrosion inhibitors.

A well-managed additive program and regular maintenance per the manufacturer will go a long way towards keeping your bike running well.