Generator Owners: How to Tell if You Have a Diesel Fuel Fungus Problem 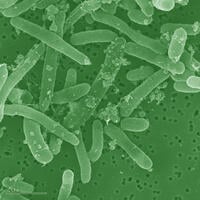 Generator owners all want one thing from their unit - for it to run on-demand, all the time.

Since generators are, by and large, high quality machines, this leave the fuel as the defining indicator for whether the generator will do what it's supposed to.  And the most common problem that keeps generators from running is microbial contamination of the fuel.

The following procedures can be used to determine whether or not you have a fungus, mold, or bacteria problem with your generators and diesel storage tanks. Then we'll talk about steps to take to correct and prevent future problems.

Most diesel fuel contains microbes that come in through the tank air vents or in the fuel delivered. The key to preventing growth in the tanks is to keep water out of the tank. Microbes live in the interface between the water and the fuel, drawing what they need to live from both phases. The waste they excrete is what plugs up the fuel filters. Microbes need water to grow, so if you have no water, you will not have any active growth.That is to say, the microbes may remain dormant on metal surfaces, but they won't be actively multiplying.

If a fuel load is contaminated with microbes and you put it in a piece of equipment, now you'll have the infestation transferred to that piece of equipment. The usual complaint for users is that the engine "will not come up to RPMs". Or it will just shut down.  These cases are caused by fungus and mold plugging the fuel filter. Changing the fuel filter in most cases will allow the engine to restart.

Companies that exercise their generators on a regular basis but do not load test them may be in for a surprise. When you load the generator, it will draw about three times the fuel it did at idle. The machine may idle ok but will shut down when under a load because of a microbe growth restriction in the fuel filters.

Figuring Out A Microbe Problem

If you are experiencing  these kind of symptoms or problems, the first step is to do a microbe test - typically done by taking a sample of fuel from the bottom of the tank. There are special test pads that are treated with sterile water and dipped into the diesel fuel sample. The sample is then placed in a sterile plastic incubation bag, placed in a dark place and allowed to sit for five days. If the fuel is infected the microbes will grow on the sample. If you have a large number of generators we would suggest spot testing a sampling of them. If the tests are positive we recommend treating all your generators to get them all to a base line where you know where you stand. The only way you will know this for sure is to treat all stored diesel storage fuel.

Treating a microbe infection requires a biocide that kills them on contact. This is different from fuel treatment products that say they inhibit microbial growth; you want a product that says it kills it. There's a wide margin of "fuzziness" when it comes to fuel additive claims relating to microbes. Something can control water but have marketing claims worded such that they appear to "control the infection". In reality, the only type of treatment that really solves a microbe problem in fuel is a biocide that actively kills living microbial organisms.