Continuing our discussion about diesel fuel quality, the issue of diesel fuel contamination is a constant bug in the ear of fuel handling professionals. Fuel is an investment that needs to be protected. Contamination of the fuel causes its value to go down by reducing the ability of the fuel to provide the work it normally provides through combustion in an engine. 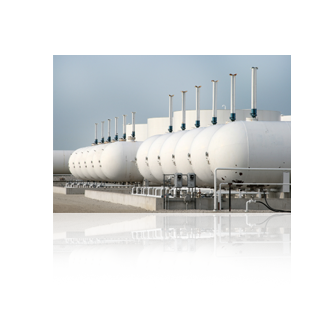 More and more entities are mixing biodiesel into their regular diesel fuel supplies. And this increases the instances of harmful fuel contamination.  Biodiesel oxidizes and breaks down more easily in the presence of oxygen.  The reactions with the oxygen forms peroxides that eventually form acids in the fuel, which lead to formation of gums and resins.  Once you have gums and resins in the fuel, you get the problem of blocked fuel filters.

Water is another contaminant that is more prevalent with biodiesel than conventional diesel.  People think that ethanol is the only biofuel with appreciable water issues, but that is not so. Biodiesel users can find their biodiesel blends absorbing more water than usual, which precipitates out of solution upon changes in temperature.  Once you have an accumulated water layer, you have the real potential for contamination with microbial colonies. And that brings a whole new level of problem for the diesel and biodiesel user.

Beyond these two common phenomenon, the fuel user can also find their fuel contaminated with things like dirt, rust, sand and other contaminants. These can results from simple bad fuel handling practices. And they can cause real damage to an engine or machine and its fuel system.

The remedies for fuel contamination are not rocket science. We've done blog posts on them before, but since it's a major problem for users, it's always useful to repeat the information sometimes. When fuel handlers are surveyed on the issue of preventing fuel contamination issues, the common suggestions are usually the best:

Buy from reputable sources - to prevent the likelihood of microbe, water or particulate contaminant problems from being passed on to you, the user.  A reputable fuel distributor who turns over a higher volume of fuel is more likely to be on top of preventing these problems.

Maintain your tanks - Tanks need maintenance to keep their integrity. You can treat the fuel to prevent water accumulation, but there is no fuel additive that can overcome a rusty tank that allows rain water to leak into the fuel inside after every storm.

Keep tanks full to minimize development of condensation wherever possible.

When moving fuel, run it through a filtration system.

Regular testing for microbes and water will help you stay on top of stored fuel problems. Tanks should be dipped monthly to monitor water phase levels. Biocides should be used every 90 days to prevent the establishment of microbial contamination, which is a serious and costly problem if left unchecked.