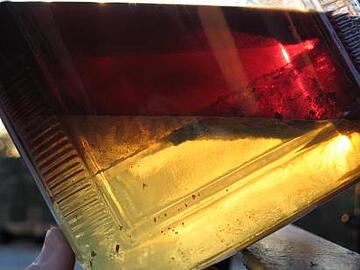 Contamination of fuel – the presence of something that’s not supposed to be there – accounts for more than half of fuel-related problems.  This includes both things that came in “from the outside” – like microbes coming in and establishing a home in the fuel tank, as well as the fuel itself degrading and producing things (like asphaltenes) that normally wouldn’t be there, but which now contaminate the fuel.

With so much information floating around, we figured it might be good to do a quick
“down and dirty” summary of the symptoms that should lead you to suspect you’ve got a fuel contamination issue.  Recognizing the problem and then correctly identifying the cause are the first two steps in resolving a fuel-related problem. You have to know what the problem is and what the cause is before you can apply a solution that will work.

Keep in mind that, while these fuel contamination symptoms indicate something with the fuel that isn’t supposed to be there, when it comes to knowing exactly what’s causing a particular symptom, some of these have more than one possible root cause.

Black smoke (or white or blue) – Smoke is composed to unburned petroleum particles.  A properly-functioning engine will burn fuel completely without having smoke as a byproduct. If the engine is in proper working order, then the presence of smoke means there is now something in the fuel that shouldn’t be there. Something that isn’t burning completely.  Identifying what that is will take a little more detective work, but the most common culprits some kind of heavier petroleum compounds, whether it’s sludge, asphaltenes or other fuel heavy ends, or even lube oil.  None of those will burn cleanly like fresh fuel will.

Off-Color or “Smelly” fuel – fresh gasoline or diesel looks clear and bright, and should have a characteristic “solvent” smell.  If the fuel starts to look cloudy, there could be entrained water in there.  If it looks darkened, then its likely unstable and in process of having asphaltenes and heavy ends breaking out of it.  If it smells funny, check for microbes, especially if you know there’s any significant amount of water in the tank.

Engine Runs Rough or Shuts Down – this mean something is present in the fuel that isn’t burning like it’s supposed to.  Since we’re talking about contaminants, this precludes an issue like inadequate cetane rating of diesel fuel. But in terms of contaminants, you would consider the possibility of water (especially in a gas or marine engine) or heavy end substances.  You should also check your filter because it’s possible the contaminants have restricted fuel flow through the filter to the point of the engine not getting enough run to run properly.

Any time your engines or equipment deviate noticeably in how they are performing, make sure the fuel you’re using is up to spec.

Check out these other posts on fuel contamination:

This Year's Prediction: Get Ready for a Busy Hurricane Season
Important Reasons Not to Ignore Sludge and Biomass in Farm Fuel Storage Tanks
Choosing A Fuel Biocide For Your Farm: How Do Bellicide and Biobor Compare?
The 3 Elements of Agricultural & Farm Fuel Contamination
Fuel Contamination can be Avoided with Clean Fuel and Sound Practices