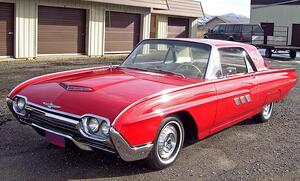 Bell Performance's ASE-certified master mechanic James Dunst was asked about valve seat regression and unleaded fuels in classic cars, as valve wear tends to be a concern among classic car owners who spend a lot of money keeping their prize vehicles in great shape. James gave some insight on the problem below:

I started working as a mechanic in the late 60's. When catalytic converters were introduced in the early 70's (which required unleaded fuels), we heard rumors that valve jobs were going to be needed as often as tune ups. That prediction never came true and, actually, the removal of lead from gasoline had a positive effect by not having to deal with the deposits created by the leaded fuels.

I was also a fleet manager for 10 years with more than 1,000 pieces of equipment. We converted many of our off-road vehicles to LP gas because it could not be stolen (fuel theft in fleets is a bigger problem than you might think). LP gas fuel is as dry as you can get, with no lubricant for valves or upper cylinders. All of the engines in this equipment I managed were standard gasoline engines. I was told then that we would have valve issues with the seats because the valves were not the "super hard" type - harder valves resist wear better. However, this prediction did not come true, either, as we had virtually no valve problems and never had to do a valve job on any of this equipment.

Over the years, I've also worked in six different car dealerships and never saw any of the valve seat recession that was predicted. The valve problems I did see were burned valves which was caused by lean fuel mixtures. Most of the time, the lean fuel mixtures were the result of vacuum leaks from vacuum lines and intake manifolds. These problems went away in the 70's when computers and oxygen sensors were phased in. If the fuel mixture went lean (too much air and not enough fuel), the computer would allow additional fuel to be added to the engine. This richened the fuel mixture and cooled down cylinder temperatures (as lean fuel mixtures are hotter than normal mixtures).

Most valve work these days is the result of over heating engines and warping cylinder heads made of aluminum, which is far more susceptible to warping damage from overheating than similar parts in older vehicles.

Speaking of classic cars again, lastly, I was also the media spokesman for the AAA Glidden Tour, as well as managing a classic car restoration shop for several years.This event was started by Charles Glidden in 1905 and put together by AAA. This tour is classic cars all the way back to the teens (pre 1920s). I did not hear one complaint about valve problems related to unleaded fuels, either through the event or my shop. As a matter of fact, most classic car owners I talked to said that plug life was longer because of the lack of deposits. The problems I saw most often were damage caused by ethanol in gasoline. Ethanol is highly corrosive and damages older fuel system components not made to resist this corrosion.  If you have anything to be concerned about with older and classic vehicles, it is this problem. Now, you can help to blunt this concern by treating the fuel. The ethanol fuel treatment you choose should have a corrosion inhibitor to prevent ethanol damage, an upper cylinder lubricant for top cylinder areas and valves, and something to mimic the effect of octane in the engine.  Many of the older cars had higher compression engines which require higher octane to prevent engine damaging pre-ignition.  Lastly, be sure the fuel treatment suspends the water absorbed by ethanol-blended gasoline, but does it without using alcohol.

So the concern for valve seat recession in classic cars is not backed up by the facts of what has actually happened in the real world over the years I've been in the business. If this was a problem, I would have seen it at some time in my 42 year mechanical career covering a full range of cars, trucks and other gasoline equipment.