What is diesel fuel lubricty? "Lubricity" is an essential property of diesel fuel that is a reflection of how well the diesel fuel provided lubrication to important engine parts.  Without adequate lubricity, injectors, fuel pumps and other important parts of diesel engines would all fail and there would be billions of dollars in repairs cycling through mechanics operations every year.

Thankfully, diesel fuel helps to provide lubrication through some of its inherent components.  As the fuel flows through the fuel pumps and gets sprayed by the injectors, certain large organic molecules in the fuel blend, and some sulfur compounds, work to provide boundary lubrication that the parts of these areas that would fail otherwise.

Diesel fuel users always have to be watchful that the fuel they're using meets the required legal specifications for lubricity.  Lubricity is one of the handful of most important diesel fuel properties.  A particular sample of diesel could be out-of-spec for stability, but it would take a while for that to be apparent.  A diesel fuel that doesn't meet the lubricity specification will cause expensive damage to important parts in a short period of time. 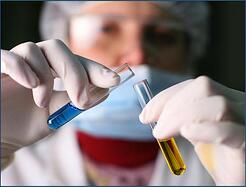 Over the last 20 years, they've really done a number on removing virtually all of the sulfur from diesel fuel - "they" being the Federal Government, who have issue rules requiring refiners to do so.  Removing sulfur makes diesel better for the environment.  It also really cuts back on the lubricating power of the fuel.  This is because removing sulfur takes out most of the components of the diesel fuel that give it lubricity in the first place.  This created a crisis within the industry with dire predictions about widespread damage to key engine parts from the fuel.  Thankfully this has been avoided, but only because the refiners and fuel distributors have been forced to use lubricity additives  to make up for what they lost in taking out the sulfur. 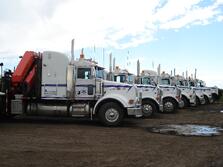 Some might ask the question about why the engine manufacturers didn't put up more of a fight.  It's a complicated situation but we can try to shed some light on it.  The engine manufacturers (like Caterpillar or Detroit Diesel) can make recommendations about what will work best in the engines they make.  They can even use the stick of threatening to not honor warranties if they don't like what's in the fuel.  But in the end, the fuel refiners are going to listen to the federal government and their requirements more than they will the engine makers.  They'd like to please both but if they're forced to choose, they're going with satisfying the law itself.  The engine makers thus have to try and influence the law by getting the fuel specification modified to be closer to what they want to see.  Generally speaking, the OEMs (original equipment manufacturers) get a satisfactory level of protection from these required fuel specifications. 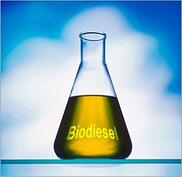 Fuel blenders have been putting biodiesel into diesel fuel on a widespread level for several years now.  They get away with this because there are rules that say they can put up to 2% or 5% biodiesel into diesel fuel and not tell anyone - depending on what state they're in.  This is good for the blenders because they can be green and satisfy whatever bureaucratic mandates they're getting from on high about using biofuels.

But this is also good for consumers because biodiesel contains tons of lubricity (ok, tons isn't really correct, it's a phrase, work with us). You can completely replace all the lost lubricity from taking the sulfur out of the fuel, simply by adding as little as 2% volume of biodiesel. So that's what they're doing. So if you're a diesel operator, you're probably burning some biodiesel and you didn't even know it.

So this is great for consumers, not so great for some of the additive makers out there.  The average consumer doesn't need a lubricity-alone additive now. What they do need is a biodiesel additive to help regain some of the lost mileage they're getting from that 2-5% biodiesel (which has less mileage potential in it), plus keep their engine clean and keep the microbes at bay.  So there's still a healthy market for additives like Dee-Zol that will do all these things for a very low cost.

Grease Compatibility: Something To Pay Attention To
Lithium Complex vs. Calcium Sulfonate Grease – The Workhorses of the Industry
Oil Additives For Diesel Engines- Are They Worth It?
Lubrication of Turbochargers