Here's a rundown of some of the most well documented facts and trends on the business/fleet side of fuel treatment when it comes to lubricity treatment for diesel fuel.

1. Because it's part  of the ASTM specifications slate, diesel fuel is legally required to meet the given lubricity minimum. Therefore, both the Federal government and industry itself recognizes the essential role diesel fuel lubricity plays in preventing premature wear on critical engine parts.

2. The refinery conversion of regular diesel to ultra-low sulfur diesel (with a sulfur content reduced by 99.7%) cuts the lubricity properties of the now-ULSD to below ASTM standards. Which means running un-additized ULSD will inevitably lead to wear on injectors and fuel pumps. For businesses, this means higher maintenance costs.

3. By and large, the fuels industry has responded well to what appeared to be a looming threat (the lower lubricity and potential widescale equipment damage). Refineries have taken to adding bulk lubricity agents to ULSD before it goes out to the consumer.

4. Despite fuel industry assurances to the contrary, there seems to be a difference in the mileage between ULSD and regular sulfur diesel fuel. Not a huge difference, but enough that fleets and industrial users have taken notice.  It's speculated to this is due to the sulfur-removal process at the refinery lowering the overall energy content of the fuel. Less energy equals less mileage.

5. The trend toward biodiesel use in mainstream fuel is also good news for ultra-low sulfur diesel users, because adding just 2-5% biodiesel to ULSD essentially solves any lubricity problem for the fuel. And if you add less than 5% biodiesel to diesel, you don't have to disclose that the biodiesel is in there (i.e. you can label it as "normal" diesel fuel).  Many city and county government fleets are moving in this direction because it helps them satisfy explicit and implicit mandates to use greater amounts of "green" fuels. 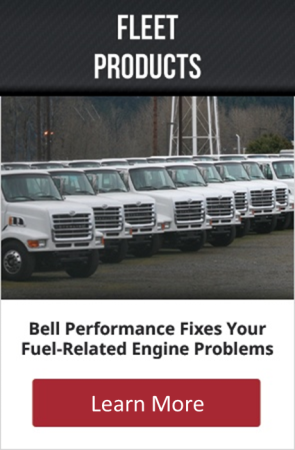