Apart from higher efficiency and better mileage with lower emissions, what’s the biggest difference between the common rail diesel engines of today and the diesels of yesterday?

You could say it’s the filters. 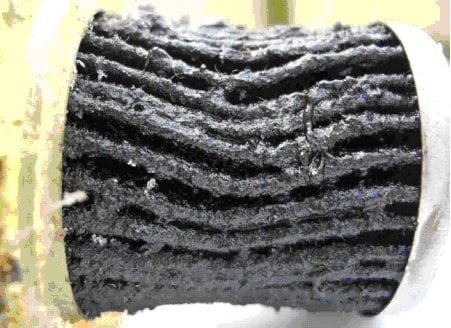 Well, in reality, it’s both injectors and the filters.  Common rail diesel engines inject fuel differently than the long standing diesel technology from decades past.  Their design, with the ability to build up fuel pressure in a “common rail” that feeds the injectors, enables them to do things that Rudolf Diesel couldn’t have dreamed of.

Stuff like being able to inject fuel up to seven times into the same cylinder in the course of one piston stroke. All controlled, of course, by an advanced computer that monitors everything going on to ensure you get the most out of that engine.

But this also means these injection systems are so much more sensitive to outside contaminants like water and particulates.  If they get damaged, they’re significantly more expensive to fix, too.  This has led to the spec’ing in of high performance fuel filters that filter out much smaller particles than before.  And this has implications for the user.

The Filter Difference Between Then And Now

Old school diesel fuel filters used to have a typical rating of around 10-20 microns.  It means they should filter out all particles above that given size, right?  Not exactly.  If a filter is “rated” at 10 microns, it means it should have “some ability” to capture particles as small as 10 microns.  That’s a much different thing. And that’s an illustration that a filter labeled simply as “10 micron rating” actually isn’t telling you everything you need to know.

What you really need to know is the Nominal rating and the Absolute rating of the filter. A filter with a nominal rating of 10 microns would have shown, through testing, to catch 50-90% of particles 10 microns and above in size. So that’s a little better.  If the filter has an absolute rating of 10 microns, it has to catch at least 98.7% of particles 10 microns and above.  That’s actually what most people think the simple “10 micron rating” label is telling them, when it actually isn’t.

For common rail diesel engines, 10 or 20 micron filtration just wouldn’t do. If you have one of these engines, your fuel filter is going to be rated at 2-3 microns. And the industry is advancing toward 1 micron effective filtration.

To give you some perspective, 40 microns is about the lowest limit of visibility that the human eye can detect.  But 2 microns is the size of a single bacterial cell.

The Difference Between 10 and 2? Or Something Greater?

What’s the performance difference between a 10 micron filter and a 2 micron filter?  You might think that it’s an 80% difference, since 2 is 80% less than 10. Or maybe you'd think it's a 5x different - 10 being five times as high as 2.  But it’s actually much more than that.

If you assume that the particles are all spherical or circular (which they won’t all be, but for illustrative purposes, we’ll go with that), there’s actually a 96% difference in the size of space they have that will allow particles to go through.  96% is more than 80%, but still doesn’t accurately depict how big a difference that is.

If you flip the math around, what you find is that the 10 micron filter allows 25x more to pass through than the 2 micron filter. Putting another way, there’s a 5x raw difference between 10 and 2, but a 25x difference in the space they have to allow contaminants through.

So today’s common rail diesel fuel filters are going to be much, much more effective at protecting the engine.

You may be interested in these other articles about diesel: