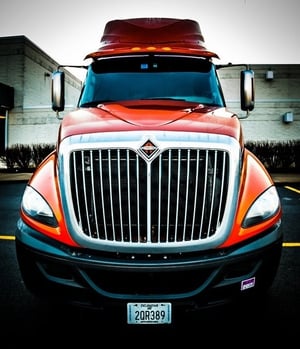 Most new Tier IV diesel engines today (and from this point on) are high pressure common rail designs – highly advanced, much more efficient and cleaner than diesels of the past.  Their injectors have extremely high pressure than approach 30,000 psi.  The higher the pressure, the more sensitive the injectors are to damage from even the smallest particulate contamination. Dirt and particulate in diesel fuel is an obvious problem; small dirt particles can groove and score the inside of the injector. Water contamination can cause corrosion over time and possibly cause damage from steam formation inside the injector. Contaminants from microbial growth in the fuel and storage are another source of damage.

It’s essential that the fuel filtration system function well in order to prevent these contaminants from damaging the engine.

Because the engines require cleaner fuel, they have changed the ISO standards that help defined fuel cleanliness. ISO Cleanliness Code 4406 defines the allowable standards for number for particles of a given size for milliliter (mL) of fluid.  ISO 4406 uses a scale to specify the number of particles of sizes as 4 microns, 6 microns, and 14 microns. Typically you will find the scale running from 6 to 22, with the larger numbers representing more particles per mL. A scale number of 22 would be 20,000 – 40,000 particles (of a given size) per mL, 20 scale would be 5,000 – 10,000, 16 would be 320 – 640 and so on down until you get the scale number 6 being less than one particle per mL.

We can see how the fuel cleanliness standards have dramatically changed by seeing how these ISO standards have changed. The World Wide Fuel Charter specifies an ISO rating of 18/16/13.  This means, per mL, diesel fuel can have 1,300 – 2,500 particles of 4 microns and up (that’s the 18).  It can’t have more than 40 - 80 particles per mL larger than 14 microns.

Such a dramatic reduction in allowable particulate makes the needs for high quality and high effectiveness fuel filtration paramount.

What’s the best way to assess the effectiveness or performance of your filtration? There are several specs commonly referenced but they don’t all tell you equally useful things.

There’s the filter’s Nominal Rating, which is an arbitrary size value that’s given to a filter. It doesn’t really have any basis with the filter’s actual performance, which means it is pretty much useless.

Absolute Ratings are a step up from nominal because they tell you the largest possible particle that could pass through the filter. As such, they correlate to the size of the largest opening in the filter media. Still, this doesn’t give you as much information as you would want.  It’s fine if a filter won’t let any particles larger than 20 microns pass through. But how many of the smaller particles is it letting through? What proportion of the does it catch? If you’re trying to filter diesel fuel so that it meets ISO 12/9/6 (no more than 20-40 particles per mL larger than 4 microns), knowing that the filter has an Absolute rating is 10 microns doesn’t tell you anything meaningful.

Beta Rating is what you really need to know. It tells you the ratio between the particles of a given size before and after filtration. In other words, the proportion of particles of a given size that your filter is going to stop.  Beta Rating is always expressed in terms of a particle size because the same filter can have different beta ratings for different particle sizes (in other words, a filter isn’t always equally effective at stopping all different particle sizes below its Absolute Rating).

Let’s say a fuel filter has a beta rating of 10 at 4 microns.  This means that for every 10 particles 4 microns or larger that are in the fuel before the filter, once the fuel goes through the filter, you’ll have one particle remaining. The filter caught 90% (nine out of ten). The 90% would be the fuel filter’s Efficiency Rating.

So if we relate this back to the issue of the need for fuel to meet the ISO 4406, we realize that there have to be two elements in sync to meet the standard. You want to have as low a number of particles in the fuel to begin with, and you need to have a filter with a high enough Beta Rating to take out enough particles such that the filtered fuel meets the standard.

What if you had older diesel fuel that meet the old ISO 4406 standard, but you wanted to use it in an engine that required the new standard?

Really, though, you’d be fine within a range of ratings, because those ISO ratings of particle count are ranges themselves. To go from a maximum of 2,500 particles to the minimum range of 20, that would take a beta rating of 125.  To go from the minimum old range of 1,300 to the maximum allowed range of 40, you’d need a beta rating of 32.5.  So you’re likely to be okay with a filter Beta Rating of anywhere between 32 and 125. Assuming, of course, that the beta ratings for the other two particle sizes (6 microns and 14 microns) also met the standard.