Up to this point at the Bell blog, we’ve written no small share of analysis of the available kinds of tests for measuring or detecting microbial content in fuel samples. The marketplace has come a long way in that regard and gone are the days when fuel managers and stored fuel users had no choice but to rely on costly and slow laboratory tests. Between liquid culture tests and “LFDs” and ATP detection tests, there are many more good ways to assess microbial presence in stored fuels than there were in the past. 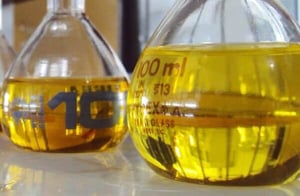 Today we want to take a step away from comparing the pros and cons of different methods to look at something bigger and, arguably, more important – what microbial fuel testing actually tells you.

We need to have a better handle on what we can and cannot know with microbial testing. Not knowing “the limits of knowledge” can lead you down any number of wrong paths when you’re trying to figure out what those test results mean from the practical standpoint of helping you make the best decisions.

The Numbers Don’t Lie? Derailing The Path To Right Conclusions

Have you ever heard someone say ‘the numbers don’t lie’? Most of the time, it doesn’t mean what we think it means. Kind of like when they say “science is science”. Well, yeah, science IS science, but I think what they’re really getting at is something about what (they think) the true meaning of test results or numbers are. It is there that the path to right conclusions can often get derailed.

The first thing we have to understand is that, whether you’re talking about microbial fuel testing, Babe Ruth’s batting average, or your most recent blood pressure readings, numbers and test results don’t mean anything by themselves. Without getting too academic, they’re “just numbers” – they’re representations of something. It is up to us to decide what that something is, to decide what it really means. So the numbers don’t lie, that is true. But that’s only because they don’t mean anything until we assign meaning to them.

The number .342 doesn’t mean anything until we say that .342 represents the percentage of times Babe Ruth got a hit in his career (and going a step further, it doesn't mean anything good or bad until we slot in the helpful knowledge that anything above .300 is considered good). Your last bloodwork’s total cholesterol measurement of 260 doesn’t mean anything, either, until you (or your doctor) add to it the meaning that research shows that these kind of numbers that exceed 200 can be linked to higher risks for heart disease and other health problems in people like ourselves.

So the numbers don’t lie and the numbers aren’t mistaken. We, on the other hand, well, that’s a different story. If we’re assigning the meaning to the numbers, there’s a chance we could be the ones that are mistaken if we don’t have the right idea what they should mean. Knowing what your microbial test results mean – what they are and are not telling you – matters because only by having good and accurate answers here can you make the right decisions on what to do next with your stored fuel.  So let’s dive in and unpack this.

What Microbial Testing Actually Tells You

But is that what the test actually measures?

Simply put, the test results go from Relative Light Units to Weight of ATP, and then to an estimation of the microbial count.

Of course, in order to go from a given amount of ATP to a number of microbes, you really need to know how much ATP is in a given microbe.  In the course of developing the test procedure, they’ve been able to come up with estimations on that which allow us to do these calculations and get fairly accurate results.  And when we say fairly accurate, we mean accurate enough and useful enough to be a useful basis for the important decisions we’re going to need to make (on what to do next) once we have those results.

So does an ATP By Filtration test tell you the actual number of microbes? No, not exactly. But it does give you enough accurate information to be able to figure that out.

If not an actual count, does this mean it’s a bad test?

The devil’s advocate might say, okay, if you can’t get an actual microbial count from an ATP By Filtration test, maybe it’s not a good one to use.  The response would be that any other test you use, especially in-field test like dip slides or LFDs, aren’t going to give you better information. In fact, their information is going to be less useful.  At best, some of them might give you a range of numbers, and that’s still going to be derived from having to make certain assumptions. In other words, these other microbial tests don’t count microbes either, they measure or show the presence of “markers” which may then be correlated or used as an indication that some microbes present in the sample likely fall within a given range.

For example, there are liquid culture bottle tests you can buy for microbial testing. You inject a sample into a bottle of liquid culture medium and wait x amount of time. During that time, an indicator component in the culture medium starts to turn red based on the amount of acid that’s being produced or is present with the microbes. At the end of your waiting time, you see what color the medium is, and use a color key to show a range where your microbial count in the sample is likely to fall between. The redder the color, the more microbes are in the sample.

But in the end, what is this liquid culture bottle test actually measuring? It relies on the test’s ability to detect acid, something we know microbes make. Then it’s relating how much acid it detects to how many microbes are likely to be present producing that acid.

So the lesson here is two-fold. Number one, none of these tests actually count microbes, but rely on measuring or detecting things that are strongly associated with the presence of microbes. And number two, despite saying they don’t count the microbes, they still provide useful information that’s a lot more useful for helping you decide what to do next than standing pat and not using one of them.