Methods for Improving the Power & Performance of Your Heavy Truck 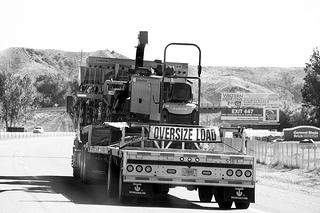 Fleet owners and managers have found a decrease in fleet engine performance under the new fuel standards, despite oil company’s assurances that lubricity and cetane ratings are correct for use by all diesel trucks.

However, fleet owners and managers have taken to adding additives to diesel engines, especially those made before 2007, as they don’t believe any of the fuel manufacturers' claims. With good reason as it turns out, Diesel Power Magazine reported that following its investigation of the new ULSD fuel, cetane ratings were in the range of 40 to 45. Diesel engines run in the range of 40 to 55, but the higher cetane number fuels are often more efficient (depending on the specific needs of the engine). When processing ULSD fuel, some of the cetane value can be processed out. A cetane rating is much like an octane rating for gasoline. Lower cetane ratings mean poorer engine performance.

This means that each time a diesel fills up on the road, the amount of cetane varies.

Cetane is a liquid hydrocarbon (C16H34) that is colorless and easily ignites when compressed. Because of these characteristics, cetane has a base rating of 100, making it the standard measurement for performance of diesel fuel. When other fuels are tested for their ignition properties in the same kind of diesel engine, their performance is rated on the same kind of scale, to help with comparability.  The closer the rating is to 100, the more efficiently the fuel burns in a diesel engine.

Cetane additives typically will add 1-2 points of cetane value, depending on the starting cetane value of the diesel fuel and its density.  Some additives claim to add as much as 8 points to a tankful of diesel fuel.  That’s a lofty goal requiring a lot of additive (and when you start talking high treat rates, you get into issues of how much it costs to get that 8 points).  Cetane additives also help reduce engine noise and exhaust smoke, making the vehicle start quicker.

In the tests conducted by Diesel Power Magazine, using a lubricity additive increased highway mileage from 14.6 to 17.4 miles per gallon, the city average from 13.7 to 15.7 miles per gallon. These significant improvements prove the value of additives.

Also, by improving lubricity of the diesel fuel, cold climate operation was smoother and the fuel gained protection from water separation.

In addition to fuel additives, many fleets use products such as synthetic gear lubricants.

The advantages of synthetic gear lubricants are: