When you're looking at the topic of burning gasoline or diesel fuel in an engine, there are only a certain number of things that play a meaningful part in reducing gas mileage to the point where the drop is noticeable. To put it another way, if your car isn't getting the same gas mileage it used to get, then there are a limited number of reasons really to blame for this - you could be driving differently (more aggressively or doing more city driving instead of highway), the gasoline you're using could be different (it might contain more ethanol), or the conditions in your engine or fuel system have changed and that's making your vehicle less efficient at converting chemical energy from fuel into work (mileage).

Let's talk about the final reason for a little bit. A century of driving has shown the industry that "carbon deposits" are the biggest place to lay blame if you're looking at why older cars don't get the mileage they used to (if there's no overt mechanical problem needing to be fixed). Before we can talk about why they form and what to do about them, we should know what effect they have.  Because if you don't know how they're affecting your vehicle, you shouldn't really care about anything else, right?

effects that they have fall into the main categories of reducing your mileage and raising your emissions. Fuel injector deposits affect mileage because they can change the efficiency that the injector has for spraying the fuel in a nice fine mist that burns at the optimal rate. This is true for both gas and diesel and speaks to the need for gasoline fuel additives and diesel fuel additives to keep the injectors clean. A fuel injector deposit may cause the fuel to be injected less finely, looking more like a dribble rather than a mist.  And this will definitely affect how much of that fuel mixes properly with the air and how much of it really gives you maximum combustion.  Deposits in other areas like the combustion chamber and valves can act like sponges, absorbing misted fuel and keeping it from burning at its best.

You can also get deposits of various kinds on critical areas like your EGR valve or your Oxygen Sensor. We discussed this in another blog post. Deposit buildup on the Oxygen Sensor makes it less able to read the emissions properly and can cause the computer to mess your mileage up by overcompensating for what it reads as emissions levels that aren't really true to real life. And deposits can cause the EGR Valve to stick, which drops your mileage and messes up how your car drives.

In all of these scenarios, your engine is not operating exactly as it should be - it's moved somewhat away from the perfect engineering that it had when it rolled off the showroom floor. And your gas mileage will drop as a result.

How deposits form are less important than how they're going to be removed.  They will form by some combination of gasoline or diesel that hasn't been fully burned. The incomplete by-products settle somewhere and typically morph over time into these complex dark molecules that are really just combinations of large carbon molecules that have been cooked and reacted with each other.  Injector deposits form when the fuel residue left in the injector tip over time cooks and burns and polymerizes from the leftover heat after the engine is shut off. 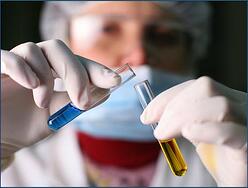 The best to prevent deposits of any kind in the combustion chamber is to have perfect combustion and make sure all the fuel burns completely.  But that doesn't happen in the real world. That's why you need a detergent component (a diesel fuel additive or a gas additive) in the fuel to deal with the deposits as they form or to remove existing deposits in an engine that already has them.  Gasoline and diesel have different detergency requirements associated with them.  Diesel fuel is simple - it doesn't have a detergent requirement.  Hence there's a big demand for fuel additives to go into diesel to clean out the deposits that form.  It's ironic that even though diesel fuel is heavier than gasoline and makes more deposits, it's the fuel that isn't required to have a given amount of detergent in it.

Gasoline has a detergent level mandated by the Government which is called LAC - lowest acceptable quantity. But research by the automakers has shown that LAC detergency often isn't enough, so some automakers got together and came up with a higher recommendation called Top Tier. But there are only a few brands of gasoline that can claim to offer Top Tier detergency (because it's expensive to do so). Hence you have the value of a fuel additive like Mix-I-Go and Ethanol Defense, which can turn regular gasoline with low detergency into something that more closely resembles higher Top Tier gasoline. And the right fuel additive can do this for very little cost - literally a few pennies per gallon.

If your vehicle has more than, say, 50,000 miles on it or if you do a lot of stop-and-go driving, you might want to consider bumping up the detergent in your gasoline.  Given the price of gas these days, it will cost you more in the long run if you don't.

View our line of products for engine deposits.