World Cities that Seek to Be Car-Free

It’s a trend that has been circling the globe for the last few years. Cities placing restrictions on the use of cars.  And it’s something that may fundamentally change life for a lot of people. 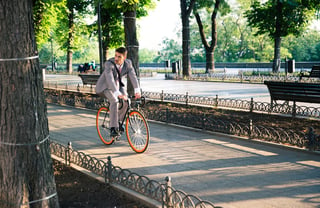 The 2010s may go down in history as one of the “greenest” decades in world history.  At least in terms of the rising awareness and concern that people have for the environment, as well as the radical steps that they are now willing to take to protect it. Steps that would have been unthinkable just a few years prior.

Carbon emissions are foremost in people’s minds. As a result, local governments have been taking the initiative to be more environmentally friendly. But they’re going way beyond just better recycling programs. Since around 2015, a number of prominent cities around the world have been taking substantive steps to actually limit vehicle traffic within their limits.

Here are some of those cities that are leading the car-free environmental movement.

Oslo has long prided itself as a city that loves the outdoors, as do all of the Norwegian people. In 2017, the Oslo city council announced that they would start on a plan to ban all cars from its city center by 2019, starting with the elimination of parking spaces. There will be public transportation and heavy investment to replace miles of vehicular roads with bike lanes. This puts Oslo six years ahead of Norway’s country-wide plan to eliminate all gas-powered and diesel-powered vehicles by 2025.

Madrid is implementing a “sustainable mobility plan” that will involve reducing daily car usage by more than 20%. A sizeable portion of its city center will be car-free, which requires the reconfiguration of many of the city’s busiest streets to convert them from vehicular traffic to walking traffic. And if you flout these new laws, you’ll face a ticket of $100 or more.

The Danish have pledged to make their capital city carbon-neutral by 2025.  They’ve long been on their way towards that goal since they were one of the first cities to introduce pedestrian-only zones way back in the 1960s.  Right now, Copenhagen is in the middle of constructing a “bike superhighway” that will extend all the way out into the suburbs.

If you’ve been to Paris in just the last couple of years, you can’t help but notice the distinct lack of cars. Paris started initiatives aimed at reducing pollution from cars in 2014 by banning cars with even-numbered license plates from driving in the city. They did this for one day and pollution dropped by 30%. This gave them further ideas like prohibiting cars made before 1997 from driving in the city center on weekdays. They started that in mid-2016. By 2020, there will be select streets in Paris that only allow electric cars. By 2030, Paris will have banned all gas- and diesel-powered cars completely, ten years ahead of France’s 2040 goal countrywide.

These are just a small handful of the world cities that are taking significant steps towards reducing pollution.  With talk of entire countries like France and Norway completely banning petroleum-powered vehicles, the world is changing dramatically before our eyes.