Why is Oil Cheaper Than Biodiesel or Ethanol? 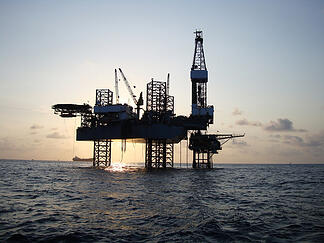 Consumers are extremely price sensitive when it comes to their gas and fuel. This is one reason why government tax credits subsidize the biofuels industry - on the one hand, government uses tax policy to "incentivize" certain behaviors and make it cheaper or more expensive (depending on what they want people to do).

On the other hand, government subsidies and tax credits artificially change the price of ethanol an biodiesel and make them appear less expensive than they actually are.

This raises the question of exactly why biofuels like ethanol and biodiesel are so expensive compared to the cost of crude oil that comes out of the ground. The simple answer to this has to do with Mother Nature and energy density and time. Fuels are all about energy, more specifically, the energy that comes from the sun. Petroleum (crude oil) is solar energy that was converted to chemical energy through the plants that grew via photosynthesis and then the animals that are the plants and converted the energy from them into their own bodies, so to speak. All those animals died and became the underground fossil fuel deposits that we burn as energy today.

Does Anyone Have a Few Million Years to Spare?

Photosynthesis is a pretty inefficient energy conversion process, only converting about 1% of the sun's energy into chemical energy.  But when you have million and billions and trillions of organisms doing the converting, you can trap apretty large total amount of solar energy into chemical form.  And that's especially true when you have milliions of years to do it in.

Today's biofuels industries still aim to take the sun's energy and convert it into fuel.  But now you have two factors working against it.  First, you now have human inputs making the process more inefficient overall. Human beings grow the corn and sugar cane, they use energy-burning machines to harvest it, they use refineries to produce the liquid biofuels.  And you also have all this going on in a shorter period of time - years instead of millions of years.

So this is the simple answer to why biofuels are more expensive than petroleum. We're trying to mimic what nature took millions of years to do, but doing it in just a few years. Cost is really about energy here. We're not nearly as efficient as nature is and we don't have millions of years to work with. So it only stands to reason that biofuels like biodiesel and ethanol are going to be more expensive, pound for pound, than natural crude oil is.