One of the more significant regulatory requirements enacted by the Federal Government in recent decades are the fuel efficiency standards required for new vehicles in the United States.  You may have heard these rules referred to as the CAFÉ Standard – Corporate Average Fuel Economy. 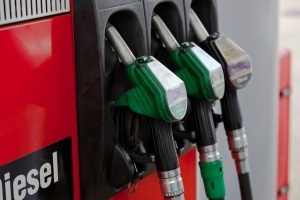 The government sets the requirement that, in simple terms, requires the average fuel economy figures for an automaker’s fleet of production vehicles to be a minimum amount. This figure can be adjusted up or down through the purchase of credits by the automaker, as well as the allowance for the “banking” of excess MPG by the automaker (if they exceed the standard by 2.0 mpg in one year, they can apply that excess to offset the requirement in a future year) but that’s basically what CAFÉ standards are. And if they don’t meet the standard in a given year, they can be faced with paying hefty fines.

CAFÉ standards were first introduced in the mid-70s as the country tried to figure out what we were going to do in the aftermath of the OPEC oil embargo. We had to start taking steps to reduce fuel consumption, so forcing automakers to start making their vehicles more efficient was one piece of the puzzle. 1978 was the first year the Standard actually applied to – 18.0 mpg.  Over the years, CAFÉ Standards have steadily risen, although more in fits and spurts than incrementally. You could blame lack of political will for that, I suppose.  They stayed flat at 27.5 mpg for about 20 years in the 90s and 2000s until George W. Bush bumped them up slightly to 30.0.

The election of President Obama was the catalyst for a more significant change in this area, and 2012 saw the biggest jump ever for the Standard.  The requirement jumped to 35.5 mpg for 2012-2016 model years. But that was nothing next to the agreement reached between the Obama Administration and automakers in 2011. Everyone agreed that by 2025, the Standard would be 54.5 mpg (!)

Why did the automakers agree to what seems to be an onerous and difficult standard? Well, again, political will comes into play here. The 2012 CAFÉ standard was pushed through at a time when the auto industry was still figuring out how to recover from the economic crash. Since a number of them (GM, Chrysler) had received massive taxpayer bailouts, they were not inclined to oppose this stronger governmental mandate.

Today, it is this 2025 standard that is under threat from the Trump Administration.

In August 2017, they put the call out for comments on a possible change to this 54.5 mpg requirement. And recent weeks have seen some concrete steps being taken by Scott Pruitt and the EPA towards rolling this Standard back.

In late March, Pruitt sent a 16-page draft proposal to the Trump White House for approval. The proposal detailed specifics on how to change the Standard. Now, we won’t know what those specifics are until later in the year, but it seems pretty clear that they will have the effect of weakening the CAFÉ Standard, not making it tough.

As you would expect, lots of people aren’t happy about that. Other people (again, as you would expect) are. The President’s criticisms of the CAFÉ Standards as being onerous and overly hard on business are easy to find.

If the Trump Administration follows through on this possibility, it could set up a major courtroom clash with the State of California, who have vowed to stick to the tougher standards no matter if the Federal Government changes them to make them less tough.  And it’s possible that 12 other states (including Pennsylvania and New York) will follow California’s lead. That’s more than one-third of the domestic auto market.

Now, you would think that they can’t do that. There seems to be federal law that says  "a State or a political subdivision of a State may not adopt or enforce a law or regulation related to fuel economy standards or average fuel economy standards." But we know how legal arguments and such can change what we think we know. So we’ll stay tuned for that piece of coming theater.

The benefits and costs of CAFÉ Standards, whether they are high or low, depend on who you talk to.  Obviously, it’s more difficult and expensive for automakers to make vehicles that meet such a high standard.  Yet, environmental groups like the National Resources Defense Council have argued that, while it would cost automakers (and thus consumers) more to make cars that comply with the tougher standards, consumers would save more money over the long run by having more efficient vehicles. They estimate a savings of about $4000 over the life of the car. So there’s that.

But there’s another consideration for the USA bucking the rest of the world that is steadily moving in the direction of using less and less fuel, even to the point of potentially banning gas- and diesel-powered cars and trucks altogether in the future.

Critics of the potential Trump-led rollback point to the fact that international standards are getting tougher while the US is going in the opposite direction. That might not displease some in the electorate, who don’t mind a “US vs. the world” philosophy.  But critics point out that relaxing these standards actually makes it harder for US auto industry products to compete in the rest of the world.  And this is a fair point. Back in the 80s, only one-third of US cars and trucks went outside North America. Today, that figure is two-thirds.  If the rest of the world has significantly higher efficiency standards, it raises the tough question of how US vehicles will meet those market standards outside of the USA.