Many of us have suffered through the worst winter in memory, with record snow storms and all-around cold and misery equally shared by all. Except those of us down in Florida, of course.  But brighter (and warmer) times are coming. The winter weather has broken and the boaters are preparing for more fun on the water. 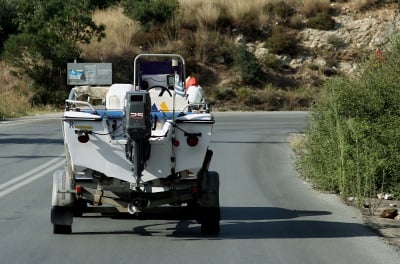 Along with the other steps you normally take to transition a boat from winter mothballs to spring-readiness, the health of the fuel inside the boat is something to pay attention to.  We’ve talked about the importance of treating marine fuel, but some recent quirks in the marketplace are increasing the importance of this consideration.

Many boaters will shy away from ethanol-blended gasoline for good reason.  Ethanol blends don’t like marine environments.  Well, they do like them in the sense that there’s lots of water for them to absorb and hold n to. So maybe we should clarify by saying that conscientious boaters don’t like using marine fuel in marine environments.

The sure alternative here is to use only non-ethanol marine gas.  But a nationwide survey in 2014 saw less than 5% of public stations offering ethanol-free gasoline. And if you can happen to get it at your local marina, you’re probably going to pay through the nose for it.  If that’s not really an option for you, you’ve also got to contend with mis-labeling of the ethanol blends you do have access to, where the actual amount of ethanol (when tested) exceeds the labeling content.

We are also moving toward a situation where gasoline may have up to 5% ethanol content in it without having to be labeled as such.  That’s already happening with biodiesel, which is okay by us because biodiesel doesn’t cause nearly the problems that ethanol does (plus it ramps up the diesel lubricity, which is a good thing).  For boaters, though, this is just going to make an unpleasant situation even worse.

Which brings us to the confusion of making a good choice of treating the marine fuel you’re using.  There are hundreds of choices out there and many of them aren’t good.  While we don’t have time or space to run through all of them, here are a couple of general things to keep in mind in considering marine fuel treatments.

The devil is in the semantic details, here.  When the average Joe/Jane talks about “eliminating ethanol” or “neutralizing ethanol”, what they’re really wanting to know is whether something will prevent the kinds of boat fuel problems that ethanol content in gasoline brings with it. Phase separation, shorter shelf life, lower fuel economy, possible damage to older fiberglass and polymer systems (this is just for older boats. The new boats are made with materials that don’t have this problem).

But unscrupulous “entities” take advantage of consumer uncertainty by implying that whatever they’re selling will make the ethanol disappear, or words to that effect. Don’t be fooled. Nothing, short of a chemical reaction in the fuel, is going to make ethanol disappear.  Or eliminate it. It's in there and it's not going away.

The only thing you can do as a boater is treat the fuel with something that addresses the problems ethanol brings with it.

You want something that, first and foremost, acts as a fuel stabilizer and prevents phase separation. This implies that the marine fuel treatment has a water controller or absorber in it. But make sure it’s one that doesn’t use alcohol to accomplish this. Alcohol is the cause of the problem, not an additional solution.

You also want something with a high level of detergency, as this is perhaps the most critical element to improving fuel economy and performance in any engine.

So keep it simple. If you look for those two things, you’ll have the best chance of having the right marine fuel treatment to improve your boating pleasure for now and the rest of the season.