Fuel stabilizer for boats: Why do I need one?

We had a call the other day from a marine enthusiast who was concerned about the fuel in his boat and wanted to discuss whether he needed to use a fuel stabilizer for boats.

Since he's not the only person out there with similar questions, we thought it might be a good idea to offer some comments on the issue in a question and answer format.

Why do I need a fuel stabilizer for my boat?

Any petroleum fuel (gas, diesel, biodiesel, E10, E15) goes bad over time when it is exposed to four factors - water, oxygen, light and heat. You know we've explained in the past that fuel instability is the result of chemical chain reactions happening in the fuel, turning stable fuel molecules into unstable ones, and resulting in the larger parts of the stable blend falling out of solution while the whole mixture turns dark. Heat and light simply provide energy for these reactions to take place. Air and water help to provide oxygen, which some of these chemical reactions need to take place. Obviously a boat is going to have a lot of water around for the fuel to get exposed to. And if you use ethanol fuel, you've got the big problem of phase separation from the ethanol fuel absorbing water from the air. So you need a marine fuel stabilizer because the marine environment excessive amounts of one of the key components that causes instability in both diesel and ethanol fuels.

Can a fuel stabilizer for boats reverse bad fuel?

The nature of fuel stabilizers are that they are preventive treatments. They stop the chemical reactions of instability from starting. They cannot take bad, darkened marine fuel or phase-separated ethanol and put it back together.  That's why it's important to treat your marine fuel when it is at its peak of quality, to keep it that way.

That depends on the formulation. There are multi-function marine fuel additives that will do that, because water problems are so common in boat fuel. So, yes, there are some that do thatl.

What's the best treat rate for a marine fuel stabilizer?

With many choices in the marketplace brings many treat rates. You want to get the lowest treat rate that will provide enough active ingredients while still being economical. It doesn't matter what the bottle of additive costs, it matters how much it costs per gallon of fuel you're treating. It is perfectly reasonable to find a good marine fuel additive for diesel that provide stabilization for marine diesel fuel at a treat rate of 1:1000 to 1:2400. For treating marine ethanol fuel (if you're one of the unlucky ones that has to use that) or marine gasoline, you could go for a 1:2000 treat rate (as in 1 ounce treats 18-20 gallons) if it's a stabilizer alone, or closer to a 1:1000 treat rate (as in 1 ounce treats 8-10 gallons) if it does other things.

How can I be sure a marine fuel stabilizer isn't "snake oil"?

There are few certainties in life, and when you have hundreds of people all raising there hands saying "Me too! My fuel additive is the best stuff on earth", you get to the point where you don't believe any of them.  But you can look for certain signs that increase the chance that what you're buying is going to do what you want it to do.

The last two are important. For example, if the marine additive claims to kill microbes in fuel but does not have an EPA establishment number, then it's making a false claim. That's because something that just controls water will not kill an active microbial problem in fuel, it only changes the conditions to make it less likely to happen in the first place. Which doesn't help you when you have plugged filters from microbes living in your fuel storage tank.

Or maybe the marine fuel stabilizer guarantees some kind of big mileage gain (30% mileage improvement - guaranteed!). Run away from an additive that makes a mileage claim that seems too good to be true.  Companies like Bell Performance have been around long enough to have seen it all, and we'll be the first to tell you that there are no guarantees like that which are credible.

For the treat rate, it's reasonable for an additive to do multiple things at a treat rate of 1:2000 or higher. The higher the treat rate (i.e. you use more of it, so 1:500 is a higher treat rate than 1:1000), the more "space" the formulation has to put active ingredients together that will do what it claims. Lower treat rates are more economical but have less "space" to work with. There are certain fuel additives out there that claims to be able to do five or six or seven things at tiny treat rates of, say, 1:10,000, as in "one ounce treats 40 gallons". Those are the ones most likely to be snake oil, because you can't fit enough active ingredients to do much of anything at a treat rate that low. 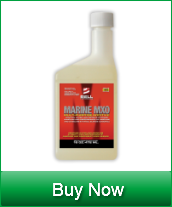