Is ethanol-free gas bad for your car?

This seems like a rather strange question.  Is ethanol-free gas bad for your car? Isn’t that the same gas we all used before they started putting ethanol in our gas en-masse in the 2000s?  Well, technically, yes it is. I mean, it may not be exactly the same (because there are all sorts of modern detergents and additives that get developed over the years).  But by and large, it’s the same stuff. 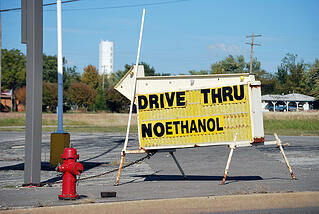 So why ask what would seem to be such a simple question? We know not the contents of the human heart….I mean….people ask these kind of unexpected questions all the time. And we’ve been asked this before. People are used to thinking about the gas they buy as being ethanol gasoline. So when they see ethanol-free gas, they think it’s abnormal now.

The short answer is, no, ethanol-free gasoline is not bad for your car. Most cars today can run on ethanol gas blends up to E15 (15% ethanol) and on non-ethanol gasoline. And flex fuel vehicles can handle up to E85 (85% ethanol) without a problem.

This isn’t to say that there isn’t a kind of gas that IS bad for your car. There is at least one kind that can cause problems.

Ethanol Gasoline With Too Much Ethanol

Like we said above, if you have a flex fuel vehicle, you can run up to 85% ethanol without any problems. But lots of people don’t have flex fuel vehicles.  For those people, their cars and trucks have computers programmed to expect ethanol content up into the 10-15% range.  The computer controls the fuel injection and the timing and tries to make everything run like it should, operating on the assumption that the fuel its burning only has 10-15% ethanol.

Sometimes, though, people put E85 in their non-flex vehicle by mistake. More commonly, they fill up with their normal gas and don’t realize that somebody upstream from them (the people supplying the gas to the gas station) accidentally added too much ethanol. They thought they were blending in 10%, but maybe they put in 16% or 18% or more than 20%. It happens (and more often than you think). And nobody knows when it happens because it’s not like they make notes on that kind of thing.

When you put ethanol gas in your car that has too much ethanol in it, it causes weird things to happen with what the computer thinks it’s seeing. The computer assumes the gas is 10% or 15% ethanol, but realizes the density of the gas (weight) and the emissions it makes, aren’t matching up with what it thinks it’s supposed to be seeing.  The computer will be fooled into thinking the car is running on a "lean" mixture (too much air and not enough fuel). So what usually ends up happening in response is that the computer ends up injecting too much fuel (to correct a problem that doesn't actually exist), which cuts into your gas mileage and performance.

So no, ethanol-free gas isn’t bad for your car. But gas with too much ethanol is.