Where Are You Likely to Find MTBE? Beware of Mixing Ethanol-Free Gas 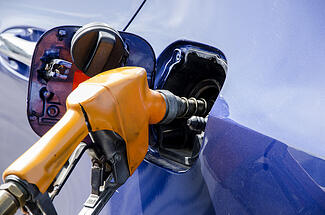 The Clean Air Act of 1992 was a major step taken by Congress to change behavior in order to better the environment. One of the results of this and subsequent legislation was the inclusion of "oxygenates" into the gasoline supply across the nation, which add more oxygen to gasoline, making it burn cleaner and making it better for the environment.

Ethanol hasn't always been the "oxygenate of choice" to satisfy the Clean Air Act. Initially, that choice was MTBE and millions of gallons per day were produced and mixed into gasoline at its peak in the 1990s. But fears of groundwater contamination causes most states to remove it from the on-road fuel supply in favor of ethanol. Remember, whatever they were going to use on a widescale had to be inexpensive to produce and easy to transport across long distances. Ethanol met both of these criteria.

Today, you won't find MTBE in any on-road gasoline, but you can find it in marine fuels (considered off-road).  Off-road fuels like marine gas aren't subject to the same kinds of regulations that on-road fuels are.

Why Does This Matter?

If you don't ever use off-road gasoline for things like boats or small equipment, then none of this really matters for you. But for people who do (have to use off-road gas), they have to be aware of the possible chemical interactions between ethanol and MTBE if they happen to mix gasoline containing either one. And nobody intends to make this mistake, but life gets in the way of the best intentions sometimes. Maybe they couldn't get ethanol-free gas for their boat one time, and so they fill up with E10 on top of the little bit of pure gas left in the tank. When this happens, a brown sludge forms from the chemical interaction and it gums up all parts of the engine and fuel system. There's no additive for fuel that can keep this from happening. The only way to stop it is not to let it happen in the first place by mixing fuels inadvertently.

How Do I Know If My Gas Has MTBE?

First, remember that we're talking about off-road gas here, not the on-road gas for your car and truck. But the bottom line here is that you don't know for sure if any off-road gas really has MTBE.  It's not like anyone advertises it. Many states have tried to phase MTBE out of even marine gas, but there's still a certain amount of it floating around.

Where are you most likely to find it? The Southeast and Coastal states. This leads to the question of why MTBE is more likely to still be present in off-road gas in these states. The answer has to do with proximity to production and transportation costs.

Because of the nature of ethanol, it can't be transported by pipeline like MTBE can. Fuel suppliers pretty much have to blend it online at the fuel terminal. So ethanol can't travel by pipeline, which means it has to go by railcar or tanker truck. So the further away it has to be hailed by road or rail, the more expensive it becomes. Where is the majority of mass ethanol production done in this country? The Midwest, where all the corn is.

So the simple reason why you're more likely to find MTBE in coastal states is that they're the furthest away from ethanol production and thus the most expensive to supply ethanol to.  It has to be supplied for on-road gasoline, but if they can put something else into off-road gasoline, they will. Like MTBE.

Last question - if off-road gasoline isn't subject to the same oxygenate requirements as regular on-road gas, why are ethanol and MTBE even put in? Short answer - because they have also traditionally been used to help make up the octane value of gasoline.  They may not need to make off-road gas cleaner burning, but it still has to have adequate octane value.

The bottom line here is this.  If you use off-road gasoline, and you can't be sure that the gas you're using does or does not contain MTBE, err on the side of caution and make sure you don't mix ethanol-free and E10 or E15 gas. You could be sorry if you make that mistake.