Ethanol and the environment - the news isn't all good 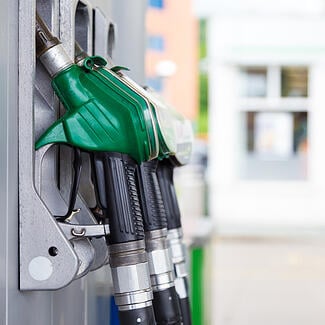 The whole point of blending ethanol into gasoline across the nation was to improve the environment by making gasoline burn cleaner.

Cleaner burning gasoline is better for the environment and produces fewer harmful emissions. But there's a portion of the data starting to paint a contradictory picture - that the widespread adoption of ethanol gasoline through the Renewable Fuels Standard (the RFS) may be having the opposite effect than intended.

For background, the "RFS" is the law Congress uses to dictate the amount of renewable fuels that the country has to use in a given year. Through the RFS, Congress and the EPA (remember, the EPA doesn't make the law, they only enforce or implement it) set a mandate of 14.4 billion gallons of ethanol to be used across the nation in 2014.  Or at least that was the figure projected way back in 2007 when the RFS came about and they were projecting fuel use x number of years into the future.

Because of some big changes to the nation's fuel landscape - less gasoline use, more fuel-efficient cars - Congress and the EPA are now proposing the first cut in ethanol use, going to back about 13 billion gallons. Note that we said proposing - the final decision isn't due until June of this year.  And some expect Congress, in the end, to split the difference and settle on a final mandate somewhere between 13 and 14 billion gallons.

As is common with hot button topics like this, groups on both sides have been gearing up for the propaganda battle. Pro-ethanol groups like the Renewable Fuels Association and the American Coalition for Ethanol, naturally oppose any cut in the RFS. And they're coming out in full force against a new study released earlier in May 2014 by the Environmental Working Group. In the study, they conclude that scaling back the size of the ethanol mandate would actually lower greenhouse gases and be better for the environment.

How do they arrive at such a conclusion that seems so opposed to previous logic? Their study cited that using so much corn in gasoline has increased greenhouse gases (not reduced them) by causing farmers to convert wetlands and other acreage into land for corn farming. The raw numbers are pretty high. Evidence from the study shows that, from 2008-2011, farmers converted 23 million acres of wetlands and grasslands into crop-producing land. That's an area the size of Indiana. Of that 23 million, 8 million acres was designated specifically to grow corn to produce more ethanol for the RFS. The Environmental Working Group goes on to say that this large-scale land conversion has resulted in as much as 230 million metric tons more of greenhouse gases going into the air. Because you take land that was home to grass and marsh (which aren't making greenhouse gases) and converting them to a use that is contributing to more greenhouse gas emissions.

So the lesson here is that, often times, there's more to an analysis than the surface. People think that ethanol is 100% great for the environment because it makes a gas blend that is x percent better burning than conventional gasoline. But if you look past the very end and look at things like how much energy it takes to harvest and distill and ship the ethanol fuel, and then also look at the consequences of the land use, you start to realize that it's not so simple after all.