Electric Cars: Great Idea, But Why So Expensive? 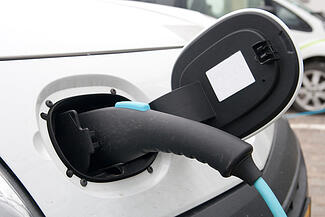 Tesla, with it's high-quality Model S, is one of our favorite companies.  We love innovators and people like Elon Musk who look to change the world with their ideas.

And we were reminded of some of the obstacles facing the electric car when we read the announcement that 8 states are putting together major incentives to try and up the number of electric cars on the road to over 3 million by 2025.

They call these electric cars "ZEVs", or, zero emission vehicles.  Consumers identify them as the Volt, the Leaf, Fusion, Prius and Model S.  There are a few other minor models (like the Cadillac ELR and the Porsche Panamera), but these are the most well-known models.  These 8 states - California, New York, Connecticut, Maryland, Massachusetts, Oregon, Rhode Island and Vermont - have agreed of "reciprocity agreements for nonmonetary enticements". Say what? In other words, they all plan to build more carpool lanes and have more preferential parking areas just for electric cars, trying to entice consumers to buy more of them. Of course, great parking isn't going to make someone buy an $80,000 Model S or $30,000 Leaf, so the states will continue the hefty financial incentives (tax credits) as well.

How much is 3.3 million electric cars? For those 8 states, that's about 15% of their market. So it's a significant number.

Haven't They Tried This Before?

Yes, it's true that some states in the past have tried to force the market's hand with more electric cars. Back in the late 90s, California came up with a mandate saying that by 2003, the automakers all had to have 10% of their entire fleets be ZEVs. In 2001, the mandate was scrapped because it was obvious nobody was getting close to that mark. So the mandate was changed to a requirement of just over 8,000 units a year. Chump change in the automotive market.

It's well known that the biggest hurdle consumers have to overcome in buying an electric car is the huge cost. After all, if someone told you that you could have a car which you never had to spend gas money on, you'd jump on it.  But they cost significantly more to buy than conventional vehicles.

Of course, there are some major incentives to offset some of this cost. So you could get $5,000-$10,000 off the price once you factor in the tax credits.  But consumers in general don't tend to act rationally in these situations.  When presented with a choice of paying $25,000 now or paying $30,000 now and getting $10,000 refunded back to them in a month, most consumers will actually choose to pay the $25,000.

So Why Do They Cost So Much?

Industry leader Elon Musk of Tesla Motors can tell you exactly why. It's the battery cost. Think about it - the major difference between a ZEV and a regular gas-powered car isn't the transmission or the body or the leadlights. It's the fact that you're replacing a fuel system and internal combustion area with a battery.  The battery is the most important thing that makes an electric vehicle run. And it has to be of high-enough quality to last for years with sufficient strength to allow the consumer to go 100 or 200 miles on a charge. Because if you're only able to go 30 miles before you have to recharge, that's a nonstarter.

And Elon Musk will tell you that battery technology today is the biggest thing holding electric cars back. That's why Tesla is actively researching and working on trying to find that critical breakthrough that will allown them to make these batteries that can go greater distances but for less cost. Tesla's Model S is already the first ZEV that can go over 250 miles on a single charge. But the battery is also a big reason why it costs $80,000. If Elon Musk and Tesla can crack the battery code, we may well find ourselves being able to buy high-quality electric vehicles that don't cost as much as a second mortgage.