Diesel vs. Gasoline: Which Engine is a Better Fit for You? 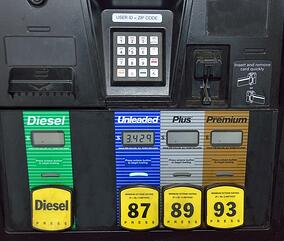 Consumers are taking a second look at diesel-powered cars.

Over the past few years, manufacturers in North America, including foreign owned companies such as Volkswagen, Audi and Subaru have introduced diesel engines as options to get better mileage without the need for hybrid technology.

With the exception of all-electric models, hybrid cars use gasoline engines along with electric ones.

Gasoline cars are more popular in the United States, while diesel cars account for almost fifty percent of car sales in Europe. Consumers do not always understand the differences between gasoline-powered vehicles and diesel-powered ones.

Here’s a rundown on how they compare.

Diesels are usually the best choice for consumers who will be putting mostly highway miles on their car or truck. On the highway, diesel engines are more efficient than gasoline fueled cars. This is because diesel fuel packs more energy than gasoline; a gallon of diesel fuel has up to 30 percent more energy than a gallon of gas. This means that diesel fuel has a price advantage when considering fuel economy. In city driving, the gap between diesel fuel and gasoline fuel diminishes, but diesel holds a small benefit in better mileage.

Diesel provides more torque then gasoline does. High torque allows for terrific acceleration, which helps give diesel the advantage in fuel economy numbers.

Cars and small trucks that run on normal diesel surprisingly perform better than gasoline-powered engines. Nevertheless, performance suffers in diesel engines when bio-diesel, black diesel or other types of enhanced diesel fuel is the fuel consumers choose to run on.

At this time, there is almost no difference in the United States comparing gasoline to diesel fuel. Diesel fluctuates and is higher at times than gas; however, it is also less expensive at times too, so it averages out. But, since diesel gets better mileage than gasoline, diesel engine fuel costs are lower than gasoline engines over the life of the vehicle. While a diesel-powered car costs as much as $700 more than the same model that runs on gasoline, consumers have to consider the power of a diesel. A 6.0 L diesel engine provides as much power as an 8.0 L gasoline engine, and the diesel engine will end up being the more cost efficient option.

Consumers should give diesel-fueled cars a good hard look. Technology allows them to run clean and quiet, they emit fewer greenhouse gases than gasoline engines and are excellent performing vehicles.