Supreme Court: We Don't Want To Hear About Ethanol 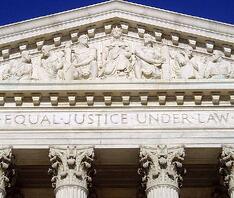 Before the landmark rulings this week on the Civil Rights Act and the Defense of Marraige Act, the Supreme Court sent down a decision with far-reaching implications for everyone who drives a gas-powered car or truck. On June 25th, the Supreme Court declined to hear a lawsuit files by numerous trade groups opposing the increase of ethanol in gasoline to 15%.

The lawsuit was filed by the American Petroleum Institute, grocery associations and other groups, and challenged the 2011 decision by the EPA to allow E15 gasoline. The lawsuit alledged that the EPA approved E15 before testing was complete, thus exposing the nation's drivers to engine damage and other ill effects. The plantiffs like the API were seeking a court order to rescind the Renewable Fuels Standard which is the foundation for the mandates directing the addition of ethanol to our nation's gasoline supply.

But the Supreme Court didn't see it that way. In declining to make a decision on the case, they left in place a lower court's decision to block similar lawsuits seeking the same thing - repeal of the mandate for 15% ethanol.

What Does This Mean For You?

The High Court's decision isn't going to change that much of what's going on now. It means gas stations are still allowed to sell 15% ethanol, but it doesn't require them to do anything extra. Ethanol trade groups like Growth Energy hail the decision as a victory for consumers because, they say, it will cause the oil industry to have to work more closely for ethanol producers to diversify the offerings out in the marketplace. They reason that improved choice will improve the situation for drivers. But drivers who are fed up with the ill effects of ethanol aren't like to see it that way.