The Best Ethanol Fuel Additive? Depends on who you ask

How many fuel additives are out there? Too many to count, but there must be thousands.  The fuel additive industry itself has a bad reputation; "snake oil" is a term used a lot.  And for the most part, the industry brought that image upon itself.

Most people don't have a good grasp on how engines work and how cars, trucks and boats do what they do.  It brings to mind an engineering term called a "black box". Your car or your computer or your HD TV are all a "black box" - something that works but you don't know how it does what it does. 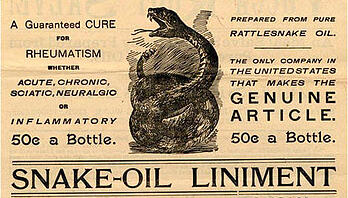 Because of the knowledge gap for the average person, unscrupulous companies take advantage of this and make broad promises that really are dishonest and not attainable in the real world. The consumer buys into the promise just like they buy into the promise of the guy on the television infomercial who promises you can lose "up to 30 lbs in 30 days without exercising or changing your eating habits" - we (or they) want to believe the best in people; we're optimistic by nature.  But the expectations of the lofty promises aren't met or they fall short, and the consumer is dissatisfied because their hopes were dashed.  This happens enough times and the consumer thinks that all fuel additives are the same - probably because they're all making similar claims and it was those claims that the additive the consumer brought fell short on. Now they're all "snake oil".

A long time ago, Bell Performance made a company-wide decision to take a different path. It originates from the philosophy of Bell's founder, Robert J. Bell, who established from the beginning that he wanted the motto of his company to be "May the world be better because of Bell". When the company was purchased by the current owners in the early 1970s, they very much agreed with this philosophy.  Bell Performance has been around for over 100 years and the company knows that you can't stay in business if your customers don't trust what you make and aren't convinced it's worth what they're going to pay for it.  So we'd rather educate our current and potential customers, give them the information they need to make smart decisions (such as through our educational web portal www.WeFixFuel.com), with the knowledge borne out from decades of experience that the consumer who trusts you is absolutely more likely to choose you when they're ready for a purchase.

What's the best fuel additive? What's the best ethanol fuel additive (since ethanol is the big concern these days)? We said at the beginning "it depends on who you ask" because everyone's going to say they are the best.  How does the average person distinguish between all these people saying the same thing, if the consumer has come to the conclusion they need an additive?  Here are some general guidelines to help:

Watch Out For Big Claims 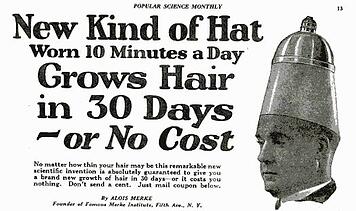 Especially where gas mileage is concerned, this is what gets the most consumers and where those consumers have the most hope and the most optimism for fuel additives, especially ethanol fuel additives.  Everyone pays attention to gas mileage because it's the most visible indicator from a financial standpoint of how much money they're spending to do what they need to do (i.e. get from Point A to Point B).  Drivers are aware of how many miles they typically get and they're aware of gas prices. When they start getting 320 miles a tank because of ethanol fuel instead of the normal 350 miles (because it's now well known that ethanol gas lowers gas mileage), they feel cheated and they're ready to buy into any hope that adding something to the fuel will put those extra 30 miles or more back.

In fact, one could argue that drivers have a somewhat irrational over-emphasis on gas mileage in the larger context of their overall monthly budget.  Again, it's because gas mileage is visible and apparent.  They get out of their vehicle and spend time pumping the ethanol gas and watching the gallons and dollars rack up.  If they have to put an extra 2 gallons of gas per fillup ($6-8), they're up in arms about it.  But if, political leanings aside, their income taxes go up by a couple thousand dollars a year because of some tax policy decision only seen on C-SPAN, and that increase is just made up by a little more withholding from the paycheck each week, it's not as apparent and the driver doesn't care as much.  Despite losing more money through taxes than they're spending on gas.

So, editorials aside, a good fuel additive or the best fuel additive will never make outrageous claims that are too good to be true.  Good fuel additives that actually work are made by people and companies that know what can be done in an engine and what cannot. A fuel additive that "guarantees" 30% better gas mileage is probably made by people who are trying to make a fast buck or three before enough consumers realize they're not going to get 30% mileage improvement, as much as they hope they will.

Much more reasonable gas mileage claims are that you can get 5-12%.  It's not going to be the same for everyone because some of it depends on driving habits and the condition of the engine and other factors that vary from person to person.  But a marketing claim has to try and hit what's true for the most number of people. A guarantee of 30% improvement is going to be true for......not many people at all, if any of them.

So pay attention to what's being claimed.

Is it worth what you're paying for it?

We're going to do another blog post in the future on the topic, so we'll give a brief summary here.  The best fuel additive is going to be worth what you pay for it - it's going to put more money back in your pocket then what you paid out to get it.  Otherwise, what would be the point in buying it?

A fuel additive can make all the wonderful grand claims for things like gas mileage that it wants.  It could claim that it will double your gas mileage. And lets say for the sake of argument that it does. So it's saving you $50 a tank if you drive an SUV.  But if the additive itself costs $60 per tank to use, then it's still costing you ten bucks instead of saving you money. So why would you buy it?

How much an additive saves or costs you is directly related to how much fuel it treats.  Concentrated additives like Ethanol Defense and Mix-I-Go have much lower treat costs than single-treat additives like....any number of ones you can find on the shelf.  And a low treat cost means you put more money back in your pocket through savings when you use it.

That's really the whole point of using a fuel additive anyway, isn't it?