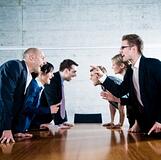 That sound you might have heard 3-4 weeks ago was the sounds of auto industry leaders and ethanol producers yelling at each other. It was over the results of a 2-year study by the Coordinating Research Council (CRC) concluding that E15 could damage the engines of certain kinds of cars and trucks.

News of this study broke pretty quickly over Twitter and the rest of the Internet.  The flurry of Twitter traffic - some people "re-tweeting" the results and others from the ethanol industry yelling about how the results were flawed - it was a classic example of watching big news break over the web.

A little bit about the study - it took place over two years, with eight engines to cover the 2001-2009 model years. Each type of engine studied was studied in pairs, with one running on regular gasoline and the other running on E15.  They ran the engines for about 100,000 miles using "durability cycles" to simulate normal driving. All along, they monitored engine performance (like compression), valve leakage and emissions.

Their results? Two of the eight engines running on E15 had lower performance and lower fuel economy and suffered valve damage.  A third engine also saw its emissions increase, which is not supposed to happen with E15.

As you may expect, auto industry decison-makers (who don't really like ethanol) really trumpeted these results, while ethanol industry people rushed to poke holes in it.  The study authors, the CRC, themselves called into question the rationale of the EPA approving E15.  According to their comments, they think the EPA rushed to judgement and were too reliant on the results of one study by the Department of Energy that demonstrated E15 being safe for catalytic convertors.

As consumers, what do we take away from this argument?

It seems pretty clear that you don't want to use E15 in an engine older than 2001. And for cars between 2001 and 2009, you may want to be cautious about E15 use.  You can do your own studies on the research and draw your own conclusions.  Or just keep an eye on the Bell Performance Blog and let us pass along whatever's new when we come across it.

You've still got a little bit more time before you really have to make a decision. Many stations haven't installed the E15 pumps yet. But when they start doing so, your hand may be forced.