Memorial Day at the end of May traditionally marks the start of the boating season.  And immediately following that comes the official start of the Atlantic Hurricane Season. 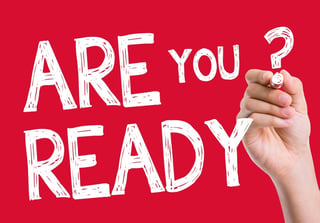 This time each year, we give a run down of what the weather forecasters are telling us to expect for the upcoming hurricane season.  Last year, forecasts from groups like the National Oceanic and Atmospheric Association (NOAA) were predicting 12-13 named storms and 5-7 hurricanes, with these predictions made before the start of May.  As computer models became more concrete, they upped their predictions in May to 14-17 named storms and 8-9 hurricanes.  They were right to revise their estimates, as the actual activity for last year’s Atlantic hurricane seasons settled in at 15 storms and 7 hurricanes, 4 of them major ones. Hurricane Matthew in early October became the southernmost Category 5 Atlantic hurricane on record, and was the first storm to reach Category 5 intensity in nine years (Hurricane Felix, 2007).

Can We Expect To Be Average or Not?

What are the analysts saying about the 2017 Atlantic Hurricane season?  It depends on the analyst.  But the consensus is that we should expect the 2017 season to be busier than usual in some respects, but not as busy in others.

So all in all, this is probably good news.  We don’t really care about the “named storms” as much as we care about the hurricanes that threaten to make landfall and disrupt our lives and businesses. The forecasts are for those to be below average this year.

There are three factors that most influence both the number of named storms and number of hurricanes that occur in a given season.  The first are sea temperatures.  Warmer temperatures have been measured in the North Atlantic, and this correlates strongly with active hurricane seasons of the past.  The second is the El Nino weather pattern. El Nino has been strong in recent years, but is expected to be pretty weak this year. A strong El Nino will increase wind shear in the areas of the Atlantic and Caribbean that see both the development and intensifying of tropical cyclones that develop into hurricanes.

This combination of factors leads analysts to predict a large number of named storms (because of the warmer sea temperatures), but a lower number of major storms (because the higher wind shear conditions may keep some of them from intensifying).

Business Strategies To Get Ready For Hurricane Season

For those who would be seriously inconvenienced by the damaging effects of a hurricane, now is the time to look at strategies for hurricane readiness.  And anyone in charge of stored fuels, generators and emergency backup systems should definitely have a readiness strategy.

The biggest issue with stored fuel during a hurricane is making sure that it will do what you need it to do in time of need.

If you haven’t tested the fuel you will be using during a hurricane-induced emergency, now is the time to do it.

If you haven’t treated the fuel to protect it during the summer, now is the time to do that.  Storage tanks should be checked for water and treated with biocide to kill off any microbial growth that might have developed unexpectedly.  Microbial growth and its destructive effects on fuel quality are consistently a major contributor to fuel and equipment failure during hurricane season.

The nature of these things is, there’s no guarantee a hurricane is going to strike at the beginning of the season. Or in July. Or in August.  Maybe it waits until September.  You just don’t know the exact time these things are going to hit.

And if you haven’t prepared for that possibility, you may have fuel problems that have been festering all spring and summer, waiting to cause your major headaches.