When Life Gives You Lemons, Make a Car List

It’s been a while since we’ve done an automotive list and we got to thinking – what are the worst lemons of all time? 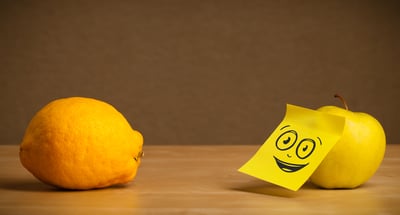 Some of them were so bad, their very names are synonymous with bad-car-itude. Few cars made in the last 10-20 years would make this list since mass production methods have improved automobile quality considerably. Neither would (or should) cars made before WWII, because most of those would be considered lemons today, based on our expectations for auto reliability and performance.

So after consulting with numerous sources, here are some of the worst cars of all time.

The funny thing about this one was that it was marketed as being a car designed especially for women. It had pink seats and you could get a matching purse filled with sorts of “girly stuff”.  The back seat had a compartment that stored an umbrella, raincoat, and rain hood, all made from material that coordinated with the interior of the car.

Shockingly enough, they sold less than 3,000 La Femme before they discontinued it in 1957.

Ford basically took a Pinto (another legendary lemon in 1974) and tweaked it to create this Mustang model which has been a black mark on an otherwise well-regarding model in American muscle car history. It was Lee Iacocca’s idea when he took over Ford in 1970. It was smaller in size to compete against the Toyota Celica and more fuel efficient to respond to the oil crisis of the early 70s. But it turned out to be heavier than even larger Mustang models of the past because of new emissions control equipment that had to be installed.

Edsel is one of the cars whose name has become associated with lemonhood.  The 58 Edsel Corsair proved to be a giant millstone around Ford Motor Company’s neck.  Ford spent $300 million (!) designing a car that everyone hated – the front end was terrible and Ford shipped cars to dealers with missing parts. The fact Ford had to send the instruction to the dealers on how to fix those “broken new” cars is beside the point, of course. And don’t get us started on the push-button gear shifters on the steering wheel that would accidentally shift the gear into another gear when you honked the horn.

What?!? Marty McFly’s time machine?  I bet if John DeLorean had access to said time machine, he’d go back and scrap this lemon. But then, that would set up some kind of circular problem of past-present existence that might threaten to tear a hole in the fabric of the universe…..anyways, the problems with this one were myriad. You can probably start with the problem that, to make their upcoming 1981 model, the DeLorean Company chose a group of people who had never actually built cars before.  If that sounds like the potential for extreme lemonhood, well, no truer words.

The car actually leaked in the rain. You’re not supposed to get wet if you’re inside your car in a rain storm. Remember those cool fly-wing-looking doors? If your battery was dead while you were inside the car, you couldn’t get out because the doors required power to operate.

And last but not least, it was notoriously underpowered, so much so that for Back To The Future, they swapped the original engine out for a Porsche engine because the car couldn’t actually get up to 88 mph fast enough. And you need to hit 88 mph or the flux capacitor wouldn’t work.

Speaking of DeLorean, this car went out on his watch as head of General Motors in 1971. But you can’t really blame him for this lemon, because he had already inherited it and couldn’t do anything about it. The Chevy Vega was prone to rust, with reports of front ends falling off during test drives and bumpers rusting out after only one year of ownership. And the engine really took the cake. It didn’t hold oil and got so hot that it warped the heads and head gaskets (technically, that’s not really supposed to happen).

One has to wonder if any of this was a result of employee sabotage during the manufacturing lines during an unfortunate dispute with management around that time.

For the auto industry as a whole, the 71 Vega does have a little bit of significance. It was so bad, it made foreign imports actually look good. We don’t know if this Vega was THE tipping point for the “quality perception” balance between domestic and foreign cars starting to shift, but it certainly was a significant contributor.

Ohhhh yeah!  No lemon list could possibly be complete without the car that, arguably, most embodies the reputation for extreme lemonhood crappiness.  They took the Fiat design and turned it over the Yugoslav company Zastava Koral.  It was small, the electrical system was bad, it just embodied cheap in every automotive sense of the word.  Funny that, at the time, people thought it was going to be the real successor to the Volkswagen Beetle, the highest-selling car in history up to that point.

It did have a rear-window defroster, though. To keep your hands warm while you’re pushing it.

Ever had a lemon? Disagree with our list? Weigh-in in the comments section below.