What CAFE Fuel Economy Standards Could Mean For You in 2016 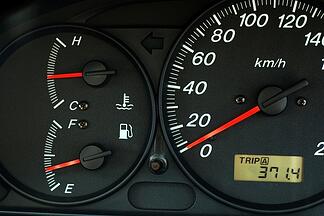 The federal government issued regulations that make your dream muscle car nothing more than a dream than in 2016, unless the technology behind electric cars advances to where electric cars can do zero – 60 miles-per-hour in under 7 seconds.

Right now, that is a long reach! But the standards do more than just outdated big muscle cars.

Back in 2009, after the inauguration of President Obama, the Environmental Protection Agency and The Department of Transportation through the National Highway Traffic Safety Administration met with major automakers and discussed setting goals for the Corporate Average Fuel Economy (CAFE) gas-mileage standards.

Although the Environmental Protection Agency measures tailpipe emissions for CO2 emissions, the formula is very complex. For ease of consumer understanding, they describe the emissions requirement in miles-per-gallon. This is because mile-per-gallon and C02 production are practically directly proportional.

The Canadian government announced similar requirement to our CAFE standards. This is good for automakers as the California standard, which the new Canadian and United States standards used as their base is now unified throughout the US, Canada and the state of California.

The standard requires that each manufacturer’s fleet has an average mile per gallon of 34.1 mpg by 2016.

What the New Standards Means for Consumers

Although the cost of new cars will rise as the technology is implemented throughout each manufacturer’s fleet to reach the goal, the EPA estimates that over the life of the car, owners will save $3,000. This is due to fuel savings that come from the new CAFE standards. Estimates are that the annual reduction in fuel use for cars is a savings of 1.8 billion gallons of fuel. This translates to 1 billion metric tons of C02 per car that will not pollute the air each year.

Standards are different for different kinds of vehicles; passenger cars will have one standard, SUVs and vans another, and trucks still enough. Taken together, a manufacturer’s fleet has to meet the 34.1-gallon mph average.

This means if you buy a car in 2016 it will be more high-tech than the cars of today. Turbochargers will likely be standard equipment. Slicker tires that roll with less friction will be standard too. Look for cars that are lighter, in fact, industry authorities have concerns that the lighter vehicles will not do well on safety tests and are more to dangerous to owners than older, heavier cars.

All the new technology translates to higher prices for cars. Manufacturers say they will place a premium on larger cars of $4,000 to $7,000 as they attempt to get consumers to buy fuel-efficient, smaller cars. To meet the 2016 CAFE standard they have to sell less big cars and more small ones. Targeted are trucks and SUVs, which in 2010 only averaged 23.2 miles per gallon. Since 2010, fuel efficiency has increased by 1 percent per year. To meet the new 2016 standard that rate has to increase to 7 percent.

So, the average consumer will buy a new 2016 vehicle that is smaller, has more technology, better mileage, and costs more than an equal size vehicle today. Price premiums on SUVs, crossovers and large trucks will not occur and do not look for marketing deals on these kinds of vehicles. Manufacturers want to discourage their purchase.

What Can You Do About High Gas Prices?
How to get your car ready for a road trip
Are Electric Cars Going To Be Good Enough?
More charging stations for our electric cars
If You Have a Ford Truck, You Need to Pay Attention