As car drivers and owners, we’re at the point where we don’t think it’s strange to have a car that can parallel park itself or warn us if someone is already in the lane we’re about to switch to.  Both of those things are steps in the progression towards fully-autonomous, self-driving cars. At this point in technological history, it’s worth taking a step back to recognize how things are fundamentally changing, and what those shifts might mean for our driving futures. 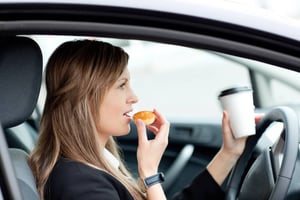 Consider these facts related to car ownership and use:

Those facts show us that cars can be expensive to own and use a lot of finite resources. If you’re using land for a parking space, you’re not using it for something else, and there’s only so much space to go around. And these facts lead us to observe a couple of other trends:

Both of those figures continue to go down. Why? Because millennials and post-millennials are seeing more options to help them get around. “Back in the day”, if you didn’t own a car, you relied on public transportation to get around, or you did something else (Bike? Walk?).   Now there’s Uber and Lyft – ride-sharing services that essentially allow anyone to rent a car on-demand, only paying for their use and not incurring the costs of car ownership. Young adults today have grown up with these services; they are not new to them and they are not unusual to them.

Now take those facts and combine them with the trends of autonomous vehicles.

Given that every single major automaker is, right now, investing big money into developed fully self-driving cars, it is almost inevitable that they are going to become a huge and, dare I say it, normal, part of our driving experiences in the coming years. GM will be rolling one out in 2019; others, after that.

It is very likely that autonomous vehicles will become an integral solution for the above-noted trends of people relying on cars for hire.  What if you could step out of your door, press a button on an app, and have a car appear within a matter of a minute or two? The car takes you where you want to go and goes on to the next person.  Without a driver inside.

But what about the idea of losing control of the car, ceding control of the vehicle to a computer? That’s what bothers most people. Won't all the computer-controlled cars crash into each other?  When presented with scenarios like this (on-demand fleets of self-driving cars for hire), many people raise these kind of safety concerns, asking "how safe are these self-driving vehicles"?

It remains to be seen, but consider what we do know right now.  Each year in the US, there are 24 million vehicles damaged by car accidents. Those accidents are caused by people. More unfortunately, car accidents are the number one cause of death for every single age once you leave infancy, up through age 44. In other words, what’s the number one cause of death among 20-year olds? Among 30-years old? Among 42-year olds? Among 11-year olds? Car accidents, caused by human beings.

Certainly these future scenarios won’t happen unless some big things change.  Namely, improvement of the nation’s data networks.  A self-driving Tesla consumes 25 gigabytes (GB) of data every hour.  Multiple that by millions of similar cars with the same demands.  So there’s a huge need for better data processing.

Autonomous, self-driving cars may well offer some tremendous opportunities to cut into this public health issue of car accidents and injuries if they can be shown to be safer. And that’s a good thing for everyone. Make no mistake, they're coming. We might as well embrace it.