To select the best grease for your most important lubricating jobs, you have to know what you need the grease to do.  Not in a generalized sense of needing the best protection to prevent damage. More along the lines of knowing whether the grease you end up selecting needs to be superior at specific things, like lasting a long time under stress or providing better protection at high temperatures. 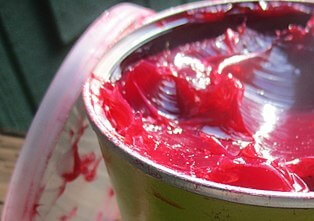 Luckily, all of this information is there for the finding.  A grease’s specifications can give you important clues as to its performance in important areas, if you know what to look for and where.

Let’s look at some important characteristics that may help you decide between whether lithium complex and calcium sulfonate greases, the two most popular multi-purpose workhorse greases of the lubrication world, is best for you.

Many industrial applications have high water exposure.  Any grease used therein needs to be able to resist both softening and emulsification with water, or it will wash out of the bearing or machine. As you can imagine, when this happens, many bad things will follow.

The test is used to evaluate this in grease can be a Water Washout test, which involves packing a bearing with grease, in a specific kind of housing, at a specific temperature.  It’s rotated at 600 rpm while they add 5 ml per second of water for a period of one hour. Then they stop the test and they put the bearing in an oven at 170F for 16 hours. It’s then cooled and weighed to determine the amount of grease that was lost through water washout.

Lithium greases will typically score a 5-10% weight loss on this test.  Calcium sulfonate greases usually score less than 5%, making them superior in this regard.

There are several tests, like the Timken OK Load test and the 4-Ball EP Wear test, that you may see referenced to document a grease’s ability to protect surfaces under higher pressure loads.

The Timken test gives a weight measurement that corresponds to how well a grease prevents initial wear from appearing.

The 4-Ball test will produce several measurements: a Weld Load that corresponds to the maximum load a grease can protect at, a Wear Scar measurement that corresponds to how well the grease protects (smaller wear scar size = better protection), and a “Load Wear Index” which is an index calculation that illustrates how well the grease protects over an increasing range of loads that may otherwise threaten to produce damaging wear on lubricated surfaces.

Lithium complex greases often need significant amounts of additives incorporated into the grease to improve their performance.  These may include rust-inhibitor additives.  The thickener properties of calcium sulfonate greases not only perform better in anti-wear tests, they are also natural corrosion inhibitors that eliminate the need for the extra additives that lithium greases need.

This is also true in the area of resistance to water, where we’ve already seen that calcium sulfonate greases are superior.   Lithium-complex greases will often require the addition of special additives called tackifiers to help them resist water washout.  But these tackifiers will get used up and depleted in the presence of water, so the lithium grease loses this property over time. Calcium sulfonate greases don’t have this problem.

All of this is not to say that calcium sulfonate greases are superior in every possible way.  There are the issues of pumpability and cost.  Grease users need to be able to pump grease to get it where it needs to be in their machinery. And they used to be more expensive than lithium greases.

But even these drawbacks have been blunted with more recent technological advances in the field that have brought calcium sulfonate greases up to the same levels of pumpability and cost as the lithium-complex greases. And as we implied earlier, lithium greases are only going to get more expensive in the near future.

So What’s Our Conclusion?

Lithium-complex greases are extremely popular, and for good reason.  But when you compare what really matters, calcium sulfonate greases seem to win out as the preferred choice for high performance multi-purpose greases.