Expensive equipment with moving parts that have the potential to generate heat and damaging wear cannot survive with a good quality grease. Not all greases are the same and the right grease that works best in your specific situation may depend on some unique parameters relative to you.  When you’re trying to make the best grease decision for your needs, it’s helpful to know which types of grease offer better performance in which areas. 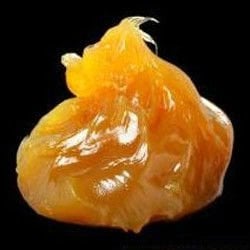 Lubricating greases are typically composed of three things – a base lubricating oil, a thickener (usually about 10-15% of the total grease mass) and a smattering of various performance additives necessary to improve its important characteristics.

Most non-synthetic grease is made through the same basic process: take an acid (in this case, a fatty acid) + a base, to give you a “soap” + water.  That’s the same process for how you make household soap: you take vegetable or animal fat and react it with lye, which is the base.  The fat is the acid because fats contain triglycerides, which are 3 molecules of a fatty acid attached to one molecule of glycerol.  Obviously when making the kind of industrial greases we’re talking about here, the acids and base you’d be using are more complex than simple corn oil or bacon fat.

This resulting soap matrix is analogous to a sponge. The grease manufacturer will add base oil to the soap matrix, and a homogenous suspension or colloid is formed – the soap matrix acting as the sponge in which the lubricating oil is held.  Then a thickener is added. Greases are most often identified by what makes up the thickener portion of their structure, as you may have seen references to greases like lithium or lithium complex, calcium and calcium sulfonate, polyuria, moly, aluminum, even clay-based greases.

Despite the variety of greases available, not all of these greases are equally competent in all areas.

In the early days, certain kinds of greases were preferred in certain applications.  Wheel bearing jobs preferred calcium-based greases.  Jobs involving high temperatures preferred sodium-based greases, but had the disadvantage of being poor with respect to water resistance.  Once lithium greases came onto the marketplace, they proved to be superior to many of these other greases, leading to their becoming the most popular greases used in industry. In fact, more than 75% of the grease used worldwide is one version or another of a lithium-based grease.

Yet, there may be some factors coming on the horizon with respect to lithium greases that threaten its grip on its worldwide grease market share.

The worldwide upswing in electronic devices requires a lot more batteries to power them, many of them requiring a supply of lithium.  This doesn’t even take into account the coming surge in electric vehicles.  Tesla, in late 2016, was building a “battery gigafactory” that will be able to produce lithium batteries for 500,000 electric cars by 2020.  This may not seem significant, until you consider that the lithium usage by that one single factory will be greater than the entire worldwide lithium ion battery production from just five years ago.  And that’s just one factory. There are at least 11 other plants also in production.  All in all, they project to at least triple the world lithium usage by 2020.  This is going to place market pressure on any and all things that use lithium, like these lithium-based greases.

The Switch To Multi-Purpose Greases

The grease landscape today has trended towards moving away from single-focus greases towards multi-purpose greases that combine the excellent performance characteristics of two or more other greases, so that users don’t have to switch between them.

Today’s multi-purpose greases have the broadest spectrum of performance that we’ve ever seen.  The two multi-purpose work horses that stand out in the grease world are lithium complex and calcium-sulfonate greases.  Besides their broad range of performance in multiple key areas, lithium complex and calcium sulfonate greases stand out because they are highly compatible with most other popular greases. This gives equipment managers an important advantage in flexibility.