Is Running Your Car Low On Gas Bad for Your Fuel System?

Talk to an older driver, and at least some of them will talk about always going to fill up the car with gas before their tank hits a quarter or below.

Younger drivers seem more likely to be in a hurry and wait until the low-gas light comes on before finding fuel. 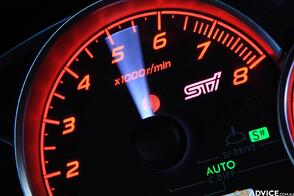 It turns out that we should listen to our elders. They may know a thing or two about these kinds of things. Is running your car low on gas bad? In a word, yes.

Wearing Out The Fuel Pump

The fuel pump has the function of pumping fuel. I know, revolutionary, right? It's a precise piece of machinery that gets its lubrication from gasoline fuel.  When there's not enough gas in the tank, the fuel pump doesn't get the same level of protection as it would otherwise. If you run the car low on fuel consistently, you can wear out the fuel pump prematurely, over-stressing it and making it hotter. The caveat here is that it's more likely to happen if you do this over a longer period of time.

The conventional wisdom was that you got rust and other sediments at the bottom of the fuel tank.  With metal fuel tanks, this was a possibility. What we would be more concerned about is filing up at gas stations where the fuel storage tanks are low. If you do this, you're more likely to get some of the water and crud at the bottom of their tank. How can you tell if a gas station is running low? If the fuel pump dispenses at an unusually slow pace.

Conventional wisdom says that running out of fuel with a diesel fuel system is worse because you'll get air trapped in the fuel delivery system. This begins a laborious process of taking the system apart and getting the air out.

You Won't Run Out of Gas if You Fill Up Regularly

This is so simple but so true. One result of developing the simple habit of filling up when there's still plenty of gas left is you will never actually run out of gas. A simple idea that many of us wish we had heeded during the handful of times the unthinkable has happened.

You may be interested in these other posts on Car Care: