Changes and breakthroughs in the gas-powered car side of things tend to get the most play in the news. But diesel engines aren’t ready to go to the graveyard just yet. There are a few significant breakthroughs, announced earlier this year, that appear to be the next steps in the long and storied history of diesel engine advancement. 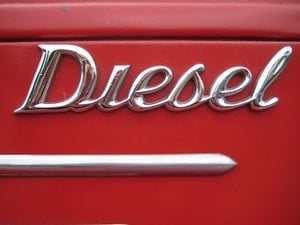 Market share for diesel engines worldwide has seen slippage in the last few years, at least in part due to the fallout over Volkswagen's emissions cheating scandal. VW built a marketing campaign over many years convincing people that its Clean Diesel technology was the answer – all that turned out to be false. Some customers lost faith in diesel engines. The scandal also did nothing to slow the march of cities like Paris and London toward driving bans in the city limits to help air quality.

While VW is still digging its way out from under the avalanche of legal troubles, other manufacturers have stepped into spearhead diesel engine advances that, they believe, will restore the public’s faith in diesel fuel and engines.

The Good and Bad With Diesel

Because it’s a more efficient engine, diesel engines have an advantage over gasoline by emitting less carbon dioxide relative to the work it’s doing.  That’s the good.

The bad has to do with nitrogen oxides, another kind of emissions that diesel engines keep fighting against. Nitrogen makes up more than half of the air used for fuel combustion, and the nitrogen combines with oxygen during the combustion process to produce nitrogen oxide gases.  These can be major components of smog air pollution. Naturally, we want to minimize the production of these harmful gases as much as is possible.

Is Bosch’s Breakthrough A Game-Changer?

Juxtaposed against this problem is the announcement from German engineering giant Bosch that they’ve developed a new diesel exhaust system that may change the game on diesel emissions.

The key was to find a way to break the connection between the high temperatures of combustion and high levels of harmful nitrogen emissions being produced. Bosch seems to have found a way to do that by developing a process in the exhaust that manages the exhaust gas temperatures – though exactly how they manage to do this is still somewhat of a secret.

Bosch claims that their new system cuts “NOx” (nitrogen oxides) gas emissions way down to 10% of the legal limit. Even better, they claim it doesn’t require new, special hardware. And it works even down at cold temperatures.

If this is legit, the Bosch breakthrough is a major game-changer. It becomes one of the first technologies available to reduce NOx emissions in road traffic. This means cities like London and Paris that have issued driving bans can now rethink those. They shouldn’t be an issue anymore.

Keeping An Eye On Bosch

Bosch first made their announcement on this back in 2018. But it was met with a healthy amount of skepticism, and something like this takes a little bit of time to become standardized in the industry. Over the last year, consumer groups and German government officials have been taking a closer look at Bosch, seeking to ensure that Bosch isn’t repeating the same mistakes that Volkswagen made.  Bosch, to its credit, has been seeking to reassure the authorities that they’re taking the internal steps (like not using technology that recognizes when the vehicle is being tested, and not allowing its products to be optimized for test situations) needed to be completely transparent.

Diesel Fuel Gelling - Get Prepared for the Coming Cold Weather
If You Have a Ford Truck, You Need to Pay Attention
Diesel Fuel Additives: Top 5 Things You Never Knew You Didn't Know
How Carbon Deposits Are Formed In An Engine