What does Bell Performance have to do with Social Media?

Some time by the end of this year, it will become official that over half of the population of the United States has a Facebook account.  70% of all Facebook users actually go to the site at least one time every single day.  About 10% of the US population uses Twitter.  That’s not even counting Youtube and Linkedin. 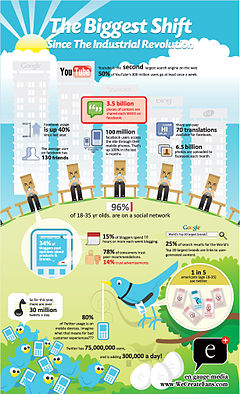 Click to Enlarge
By Mentionablehonor (Own work) [CC-BY-SA-3.0 or GFDL], via Wikimedia Commons

ave dreamed before. And that phenomenon is certainly not limited to the USA. Over 800 million people around the world have a Facebook. Even some third world countries so often in the minds of Americans – Bangladesh, Trinidad, Sri Lanka – have seen growth of 2-3% in their total facebook usage in just ONE WEEK.

Times are changing. The world is growing closer together, and the way we talk to, find and interact

with our friends and neighbors across the street and across the country, none of this will ever be the same.  Most people that’s a good thing!

What does all this change mean for business? Social media is changing the way people do business.  They used to say that if someone has a good experience with a product (like a fuel additive), they’ll tell 7 people.  Now through social media, they can tell 700 or 7,000 people pretty easily.

Bell Performance has over one hundred years of history in creating fuel additives that work.  But history only takes you so far in the marketplace when social communication and interaction has changed on a global scale.

That’s why Bell Performance puts time and effort into getting the word out through blogs like this, helpful emails with information you can use, and Bell’s presence on Facebook, Twitter and Youtube.  Businesses that don’t embrace social media are literally missing the boat.

If you like Bell Performance, there are some simple things you can do the next time you’re online

You can also click on any of the social media buttons on the Bell Performance emails to do any of these.

Special Discounts to say 'Thanks'

Here’s another interesting tidbit – you can get a special discount for talking about us to your friends on Facebook and Twitter.

When you place an order through the Bell Performance web site, you have the option to post your purchase on your Facebook and Twitter pages (along with a comment on why you bought it, what you like about it, whatever you want to say).

If you let your internet friends know about us by doing that, we’ll give you a special discount as our thanks.  And what’s more, if any of your Facebook or Twitter friends check us out as a result, they get a special discount too!