Did you know that virtually the same kind of “propane” gas they buy in the little cylinders at the grocery store for their grill can be used to run cars and trucks? Ok, it’s not exactly like the gas you fire up your grill with.  But you get the picture. LPG is compressed natural gas composed mainly of propane, with a few other types of flammable hydrocarbons blended in. Most people wouldn’t even consider that a car or truck can run on this kind of fuel.  Yet this is pretty common practice in Europe, India and the Far East.  India’s city streets are crowded by over 15 million LPG-powered small vehicles.  Drivers in European countries like Poland, Germany and Turkey can buy cars and trucks from major mainstream manufacturers like Mercedes and Audi that are already outfitted to run on both LPG and gasoline. 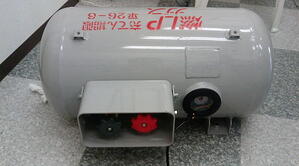 The fact that rapidly expanding consumers markets in the Far East and India already have been infiltrated by natural gas vehicles is good news for the environment.  LPG burns cleaner with fewer emissions than gasoline or diesel. The vehicles also tend to get lower mileage per unit of fuel, and the total amount of fuel able to be stored onboard isn’t quite in the same league as liquid petroleum. This means the vehicles can’t go as far on one tank of LPG fuel as they can on gas or diesel.  But all in all, LPG for cars and trucks is a good clean fuel that is good for the environment.  What’s more, there’s no real shortage of it with the United States’ abundant reserves of natural gas already being tapped for the power generation market.

So, given the popularity of such vehicles in other parts of the world, what happened here? Where are all the LPG and natural gas-powered cars? Some might say their scarcity is because of the dominance of the big oil companies colluding with auto manufacturers to keep 99% of the vehicle market tied to gasoline and diesel. More likely the lack of availability is due to issues of infrastructure and distribution – try finding a filling station that sells LPG for vehicles. I bet you’ll be looking for a long time.

This is getting ready to change.  While it’s true that LPG filling stations are currently rare to find, what’s also true is that the marketplace responds to consumer demand. American drivers and consumers are more environmentally conscious than at any point in our nation’s history.  Credit the rest of the world for its “subtle pressure”. There’s a real demand for green fuels now, and LPG fits right in with this.  Now comes the news that Chevrolet and GMC will start pushing cars and trucks in the US that can run on both fuels.  As other car makers follow suit, there will be no choice but to expand the number of filling stations across the country where the fuel is available.  Expanding choices available to consumers may enable them to be greener at less expense to their budget. And that’s good news for everyone.