E15 Approved By The EPA 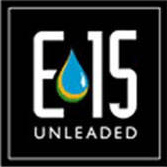 After months of discussion and anticipation, the other shoe has finally dropped.  On October 13th, 2010, the EPA issued an approval to start offering E15 (15% ethanol blended into gasoline), an increase over the current E10 that drivers can’t seem to be able to avoid at filling stations.

As you may imagine, there are some people pleased about the decision and many people displeased.  The happy people are mostly associated with the Midwest corn “lobby”, who stand to gain a lot of business and make a lot of money from the 50% ethanol increase. With just the current 10% ethanol available, analysts estimate as much as 25% of the nation’s corn supply now goes to produce ethanol for fuel. Bumping it up to E15 will surely increase that number. Unfortunately for the average consumer, taking 25 to 30 percent (or more) of a food supply away from what it was originally used for has financial costs that ripple across the rest of the market, because corn is used in a lot more things than just corn on the cob.

The unhappy people are the automakers and the consumers who know about ethanol’s damaging effects.  How many more 2-cycle engines (i.e. lawnmowers and garden equipment) will be destroyed as this change goes into effect? Those aren’t cheap to replace, not in this economy. Not to mention ethanol’s effects on cars and trucks and boats.

The potential nightmare grows when it is revealed that even the EPA knows that higher ethanol blends become more likely to harm the very equipment that is meant to help the environment – catalytic convertors.  Every car has one.  E15 burns 6 percent “leaner” than regular gasoline (meaning the fuel-air mixture to be burned has less fuel and more air than the optimal mix for the engine), which brings higher temperatures into the engine (“lean” mixtures are hotter in temperature than optimal mixes). Higher engine temperatures mean hotter exhaust temperatures and more chance of catalytic convertor damage.  Those are not cheap.  Hotter temperatures also produce more harmful nitrogen oxide gases, a key environmental pollutant that the EPA fights to reduce. All of this raises ironic questions about the conflicting message the EPA is sending out and even raises questions from the consumer standpoint of just how much the government really cares about the consumer’s financial bottom line during unusually tough economic times.

The final cherry on the top of this distasteful sundae is the fact that not many people realize this “approval” by the EPA is actually only a conditional waiver – meant only for year 2007 and later vehicles. This is an implicit acknowledgement by the EPA that E15 is going to do a real number on vehicles older than this – a large chunk of the driving population.  And the inevitable question stemming from this is….you guessed it….who says people with these older cars will be able to avoid using E15? Will gas stations have separate pumps labeled “old cars” and “new cars”?

E15 is expected to be fully phased into gas stations in the first part of next year. Get ready for it – it’s coming.

See what some of our customers experience with ethanol problems and Bell Performance products.