Natural gas is an integral part of the debate concerning energy independence here in the United States. New technologies for finding and extracting natural gas, including the controversial "fracking" (hydraulic fracturing) process, have given us an abundance of available fuel that energy analysts did not predict 10-15 years ago. So natural gas is extremely cheap and plentiful, especially compared to the rest of the world. Natural gas prices in the US are currently $4.20 per million BTUs, and that's actually a lot more expensive than a year ago when the same amount of natural gas was less than $2.50. But a country like Japan, which does not have access to the same gigantic stores of natural gas that we do, they currently pay about $14.50 to import the same amount.

So it's obvious to see where the money is to be made. Natural gas is so cheap here that profits for gas companies are deflated, and they all look overseas to places like the Far East for better opportunities to boost those profits. That's the underlying reason for the Jordan Cove Energy Project in Coos Bay, Oregon - a controversial $6 billion expansion project started in 2007 that will enable large scale exports of liquified natural gas (LNG) to energy hungry markets like Japan and China. The plan involves overhauling the Coos Bay port (the largest port between San Francisco and Washington state) to allow large transport ship to be filled with 1 billion cubic feet of LNG per day. That's enough LNG fuel to meet the energy needs of 4 million people. They're also building a power plant to provide the power necessary to liquify the natural gas (which allows it to be compressed and transported in large amounts). The natural gas itself doesn't come from Oregon, it comes from places like Southern Utah, meaning a 270 mile pipeline has to be built to get the gas to the port.

All of these projects mean jobs for the area, which has suffered since the collapse of the timber industry. Among the jobs created would be 170 new jobs with average salaries of $70,000 a year.  Those are the kinds of jobs that are attracting younger skilled workers who had to move away from the area they grew up in when the timber jobs dried up. And civic groups like the area's Economic Development Council are excited about that because it means a long term influx of families who are ready to settle down and make a life in the community. That's not an unimportant concern.

The Other Side of the Issue

This massive project is certainly not without its opponents. There's the controversy of exporting such a large amount of domestic fuel when it could be used here at home for more energy independance. But the fuel isn't owned by the government, it's owned by the private companies doing the exporting. And when you can make three times as much for a product in another country, it makes perfect sense when you'd want to ship it there.

The pipeline is another part of the project causing arguments. It's an essential part of making the plan work, getting the fuel from its source in Utah to the port. But it passes through a lot of public and private land. Some of the land is conservation land and forest, and some of the land is owned by private individuals and ranchers who don't really want a pipeline carving up their property. It does appear likely that the state is going to have to invoke eminent domain, where they can seize land for "fair market value" if it's judged to be used "for the common good". Common good is no longer that clear, especially after the Supreme Court a few years back decided that governments could seize land in such a manner to do things like give to a developer to build a shopping mall. 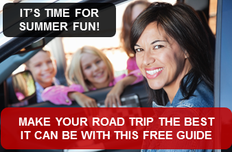