Diesel Fuel Treatment - Who's Using What? 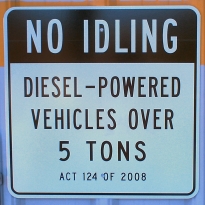 We saw a study back in January commissioned by the Freedonia Group of Ohio which predicted global demand for fuel additives would rise 5% a year each year through 2016. Who's using all these fuel additives and what are they doing with them?

The biggest slice of the fuel additive market are the oxygenates. While ethanol may or may not be considered, strictly speaking, a fuel additive, MTBE is still used in a lot of places around the world and is probably the most popular fuel additive of any kind. Well, it and the other ether-type chemicals used to reduce fuel emissions.

But those are gasoline additives. What about additives used for diesel fuel treatment? What's going on there?

"Deposit control" additives and cold flow improvers are two of the fastest growing segments for diesel fuel treatment. Deposit control additives are important because of the new diesel engine designs. These designs are making their way around the world into high population areas that have until now relied on older engines.  The higher demand for cold flow additives stems from the fact that much of the world still uses higher sulfur diesel than the United States uses. These countries are starting to phase their sulfur out, and that means their diesel fleets are really going to need cold flow (removing sulfur makes the diesel gel more easily) and lubricity additives (because removing sulfur strips lubricity out of the diesel fuel).

Another trend to note is that these foreign countries are all starting to adopt mandates to cut down on petroleum use by using more ethanol and biodiesel.  With the biodiesel, this will cut back on some of the lubricity additive use (because biodiesel imparts a lot of lubricity to diesel fuel) as well as reducing cetane demand.

So it's interesting to see how the tide seems to be shifting. Third world countries like China and India are really exerting influence on the worldwide trends for anything consumable. Which means they're going to be much more in the drivers seat when it comes to the world makeup of fuel and fuel additive use.