What were you doing in The Sixties? 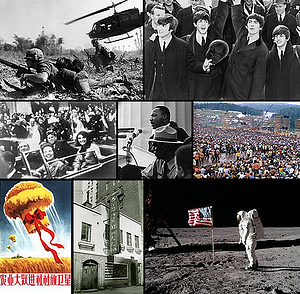 Three names which have come to signify quality, value, problem-solving and innovation to thousands of consumers around the world over the last 100 years.

Join us for another tour through the decades of Bell Performance's rich history.

Things were a lot different in the 1960s than they are today.

Consider how life has changed since then:

What were you doing in the sixties?

From 1960-1969, Bell continued to refine its formulations, developing new combustion improvers, surfactants and detergents that improved the effectiveness of its gasoline and diesel products.

Nationally, the 1960s witnessed the continued explosion of the diesel trucking industry. This expansion took advantage of the new federal interstate highway system which had been completed a decade earlier. Robert Bell’s Dee-Zol formulation became even more popular after his death in 1957, with trucking fleets in Florida and other states using its multi-purpose formula to bring them great benefits.

By this time, the Bell product line offered solutions to most every consumer – users of gasoline, diesel and fuel oil. The most pressing issue now facing the company was not expansion into new products, but continual improvement and refinement of what was already accepted in the marketplace.

Bell’s OR-LO and NO-DRAG-OIL products remained their base solutions for supplementing consumer lubricating oil, and Atomix was now being used by large and small industrial customers to keep their fuel oil combustion systems working at peak performance.

Mr. Bell’s ingenuity and quest for continual improvement and excellence left a legacy that Bell Laboratory would seek to honor, and continues to honor under present management as well. 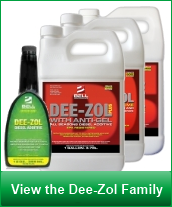