Did You Know There’s Water in your Diesel Fuel? 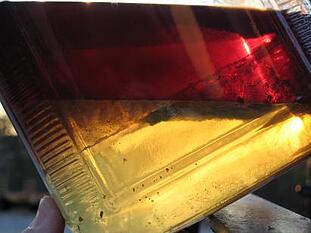 Without a doubt, the number one reported problem with diesel fuel is water, which ultimately leads to microbial growth and engine breakdown.

This water has the potential to cause multiple problems – freezing in cold weather, providing a growth medium for bacteria, accelerating the aging of the fuel to produce gums and shellacs, and causing injector tips to malfunction.

Diesel engines produce water when hot fuel from the injectors is returned to the fuel tank; this produces water from condensation, which settles under the fuel. Injectors produce more heat than they did 20 years ago because the performance requirements for the engines are greater than ever before. These injectors must be kept cool or else they will destroy themselves.

Diesel engine systems circulate fuel from the fuel tank across the injectors to dissipate some of the heat and kept the injectors cooler. The hot “return fuel” is then cycled back to the fuel tank. When the hot return fuel is returned to the tank, the increase temperature causes a greater amount of water from the air inside the tank to condense into the fuel. This causes a steady build-up of water in the bottom of the fuel tank over a period of time.

Water is also produced from diesel fuel storage due to vented storage tanks and humid air. All storage tanks are vented to the outside air, resulting in continual circulation of humid air from the outside. Whenever there’s a 7-degree temperature decrease, condensation happens. Especially at night, the air temperature cools, and water vapor condenses into the fuel and sinks to the bottom (because water is heavier than fuel).

The water control agent in DEE-ZOL contains multiple surfactants which absorb water into the diesel fuel by dispersing it in tiny packets. These packets are small enough to pass through injectors and be combusted in the combustion chamber, leaving as steam. Conversely, if ‘free’ water is sucked into a hot injector, it turns into steam, expands in volume by 40 times and can blow-out the injector, disabling the vehicle.

How Carbon Deposits Are Formed In An Engine
How to Clean a Diesel Engine
Diesel Fuel System Cleaners
How do cold flow improvers work?
Recommendations for Performing a Diesel Engine Flush