The end of the federal tax credit for ethanol makers has them feeling the pain.

As reported earlier, Congress declined to renew the tax break for producers of ethanol in gas at the end of 2011.  No doubt it was a cost-cutting move amidst the ongoing budget battle.  Some in the industry have called the resulting malaise in the industry a "hangover".

After the first quarter of 2012, about 75% of U.S. ethanol plants barely broken even at best, with many losing money in that period. This was after a rocking 4th quarter for the industry, which was somewhat of a mirage. Ethanol sales spiked, but it turns out it was only because people were stocking up on ethanol to grab the last of the tax credit amidst rumors at the time that it could be going away.  Once all these parties (like oil companies and gas suppliers) had stocked their coffers with ethanol supply, they didn't need to buy more ethanol. The tax credit was for people blending ethanol in the fuel.

How many plants are actually losing money? According to analysts the best (most efficient) plants are still profitable but they're not making as much money as before. About the middle 50% of plants are just breaking even. And the bottom quarter of plants are all bleeding cash on every gallon of ethanol they make.

All of these ethanol makers are going to have to figure out how to live life without the help of tax payer dollars.  Maybe that's not such a bad thing.  They still have a helping hand from the government through the mandate that 10 or 15% of gasoline contain their "product". 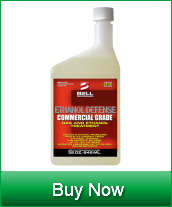