Is All Gas The Same, Ethanol Free or Not?

As consumers, we're used to being able to get what we want, when we want it and where we want it.  It's the end product of the "franchising of America" - but we don't mean that in a bad way.  In business, a franchise like McDonald's (here's a game - what fast food franchise has the most locations in the United States? It's not McDonalds. Answer at the end) is an entity built around a defined system of practices with the end goal of producing the same product of the same quality at multiple locations.  You go to McDonalds and order a Big Mac and fries and you expect to get the same Big Mac whether you're in Manhattan or San Francisco.

McDonalds was the first really big franchise that developed in the 1950s and now we have franchises everywhere for everything.  For those of us who are Baby Boomers or younger (born after 1946), we come to expect that when we go to a fast food restaurant or a supermarket or any number of other places, we should be able to find what we want and have it meet our expectations of what it should look or feel or taste or perform like, every time, no matter where we are at.  The franchising of America, so to speak.

This expectation does not quite work for everything in life. A surprisingly common place that consumers mistakenly expect too much in this regard is at the gas pump.  Believe it or not, not all gas is created equal, everywhere you go.

Before we explain, a little bit of clarification.  All fuel legally sold in the United States is required to meet physical and performance specifications to ensure some kind of uniformity for the fuel you buy.  Octane rating, lubricating ability, energy value, carbon residue formation - these kinds of things and more.  Which is why it's thought by the average person that, apart from maybe some difference in "extra stuff" added by brand-name stations like Chevron (think Techron), that the gas they buy is all the same (apart from the regular vs mid-grade vs premium differences). So these drivers get concerned when they've "filled up at the same places they always do" but they get 40 less miles to a tank than before, despite driving the same way.  Why does that happen?

Maybe people don't consider that there actually are differences in gasoline from station to station, city to city, and even at the same station from week to week. The ethanol gas situation is a great illustrator of this.  E10 or E15 doesn't come that way straight from the ground or the refinery.  The refined pure gas is turned into E10 by someone further "downstream" adding the required amount of ethanol before it gets shipped out to your actual gas station.

Or at least they're supposed to add the required amount.  But for any number of reasons - human error or something more underhanded - you find in practice that the real percent of ethanol in the gas you buy can be different from place to place even within the same city or district or the same station from week to week.  The pump has a sticker saying it contains a max. of ten percent ethanol? Chances are that's wrong if the gas at the pump is tested.  Organizations like AAA have done field testing and seen first-hand that real ethanol levels can be all over the board, some below 10% and some way above it.  And this variation in just ethanol levels alone means you're not really comparing apples to apples if you look at your mileage one week and grit your teeth about how your gas mileage has dropped.  Sure, there's a chance it dropped because your air filter is dirty or you hit rush hour traffic more often.  But there's also a chance it's because that gas pump you filled from was giving you more ethanol than you bargained for. 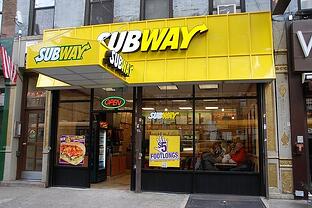