It’s wintertime and most of us (except for the lucky Floridians) have put our small equipment up and away for the winter.  2010 was a rough year for consumers who had to use E10 ethanol blends in their small equipment– their lawnmowers (both push and riding), leaf blowers, chain saws, yard trimmers, ATVs, and other expensive investments. 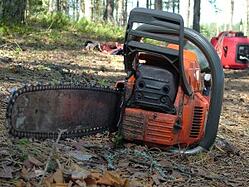 Call it the law of Unintended Consequences.

Lawmakers who sided with the EPA in pushing for mandatory blending of 10% ethanol perhaps didn’t think about what it would be to the vehicles and equipment it was being used in.

It’s well known what ill-effects E10 (and now E15) have brought to cars, trucks, and boats. But what has been forgotten is that ethanol is equally bad for the small and 2-cycle engines that power much of the small and power equipment that consumers spend multi-millions of dollars on each year.

You may have heard about ethanol solvency eating away and damaging essential rubber and plastic parts in vehicles and boats. That problem doesn’t just go away if you put ethanol fuel in lawn equipment or an ATV.

Fortunately for consumers facing these problems, Bell Performance is introducing Mix-I Go Small Engine formulation, which offers the outstanding protective and performance-enhancing properties of Mix-I-Go in a convenient 8 oz size which is perfect for use in small engines and equipment.  2-cycle engines specifically face profound problems when ethanol fuels are run through them. 2-cycle engines rely on a fuel-oil mixture to bring lubrication to critical engine parts. Unfortunately, users across the country have found over the last year that ethanol destroys 2-cycle engines by pulling water into the fuel and preventing the oil in the fuel from bonding with metal surfaces as it is supposed to.  Combine this with fuel lines and rubber parts eaten away by ethanol solvency and it spells the death knell for small equipment running on ethanol.  And it can get expensive to replace these valuable pieces of equipment.  In this economy, who has the extra money to do that?

Just like its parent product Mix-I-Go, Mix-I Go Small Engine is the best ethanol additive on the market to protect valuable investments from the damaging effects of ethanol. Stop those small engine problems before they start!

You may want to check out this related post: